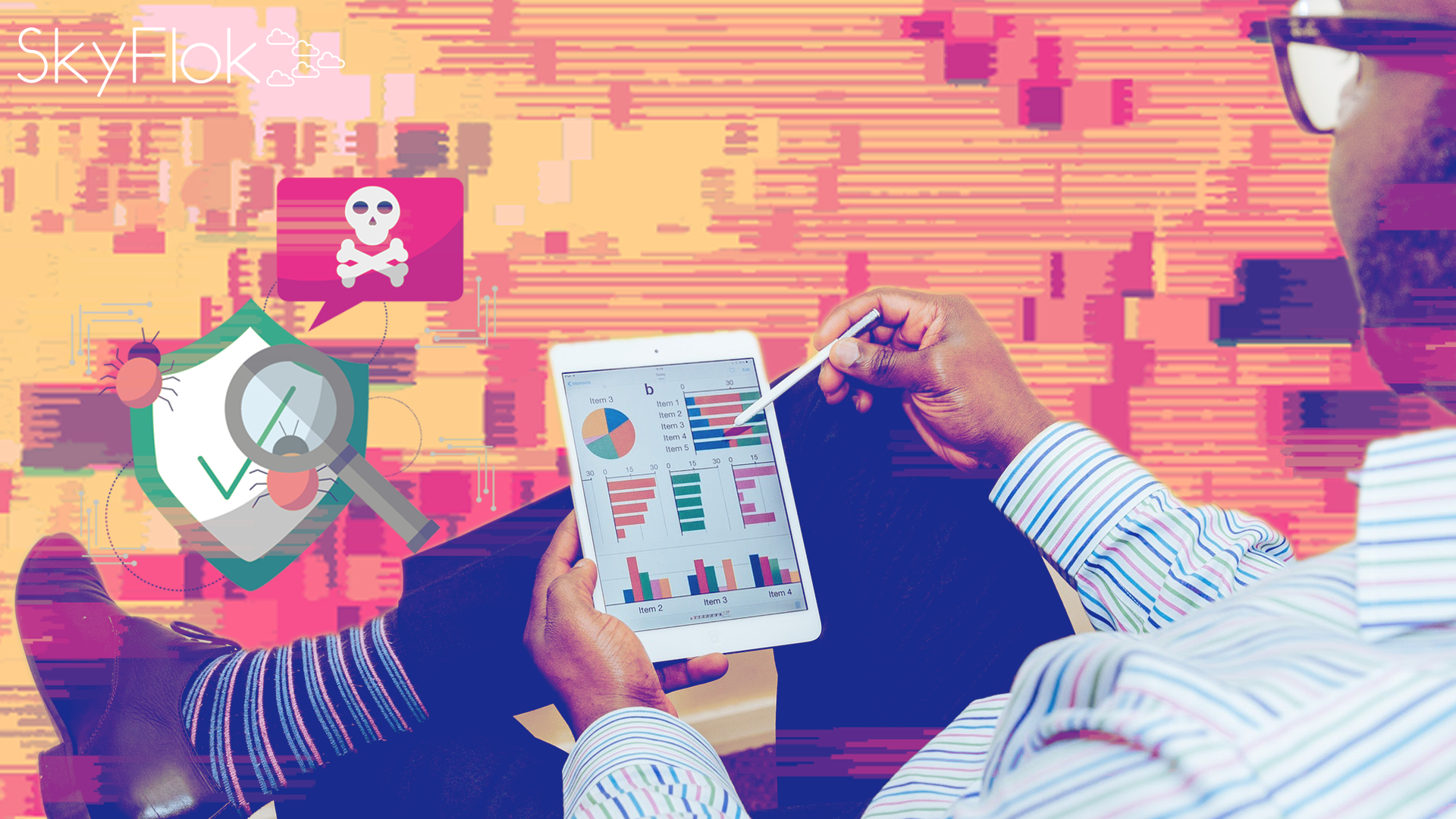 45% of U.S. companies hit with a Ransomware attack last year paid at least one ransom, but only 26% of these companies had their files unlocked, according to the Sentinel One Global Ransomware Report 2018.

According to Panda Security’s Panda Labs research “Ransomware attacks will remain in the lead in terms of attack numbers” and that is why it is critical for every organization to have a plan in case a Ransomware attack occurs.

At SkyFlok, we protect from Ransomware in two ways. First, if your computers are attacked, SkyFlok provides a back up to all previous versions of your files. This means that you can always go back to a previous version of the files that has not been corrupted. Second, due to our patented technology that spreads data across multiple cloud providers, if a Cloud provider is compromised by an attack and access to the data is blocked, this does not prevent SkyFlok clients from operating or accessing their files. A single file is not stored in a single provider.

According to the SentinelOne Global Ransomware Report 2018, more than half (53 percent) of U.S. organizations that were infected with ransomware blamed legacy antivirus protection for failing to prevent the attack. Nearly 7 out of 10 of these companies have replaced legacy AV with next-gen endpoint protection to prevent future ransomware infections. This distrust in legacy AV further confirms the required shift to next-gen endpoint protection in defending against today’s most prominent information security threats.

AV Fails to Foil Ransomware
Behind employee carelessness as the primary cause (56 percent blamed this), failed legacy AV protection is viewed as the leading factor in successful ransomware attacks, followed by un-timely responses (33 percent). Legacy vendors have failed to build solutions for new vectors – specifically, many legacy AVs still lack basic anti-exploit capabilities. In addition to naming the most common reasons for successful attacks, respondents indicated their level of confidence in future defense with advanced technology: