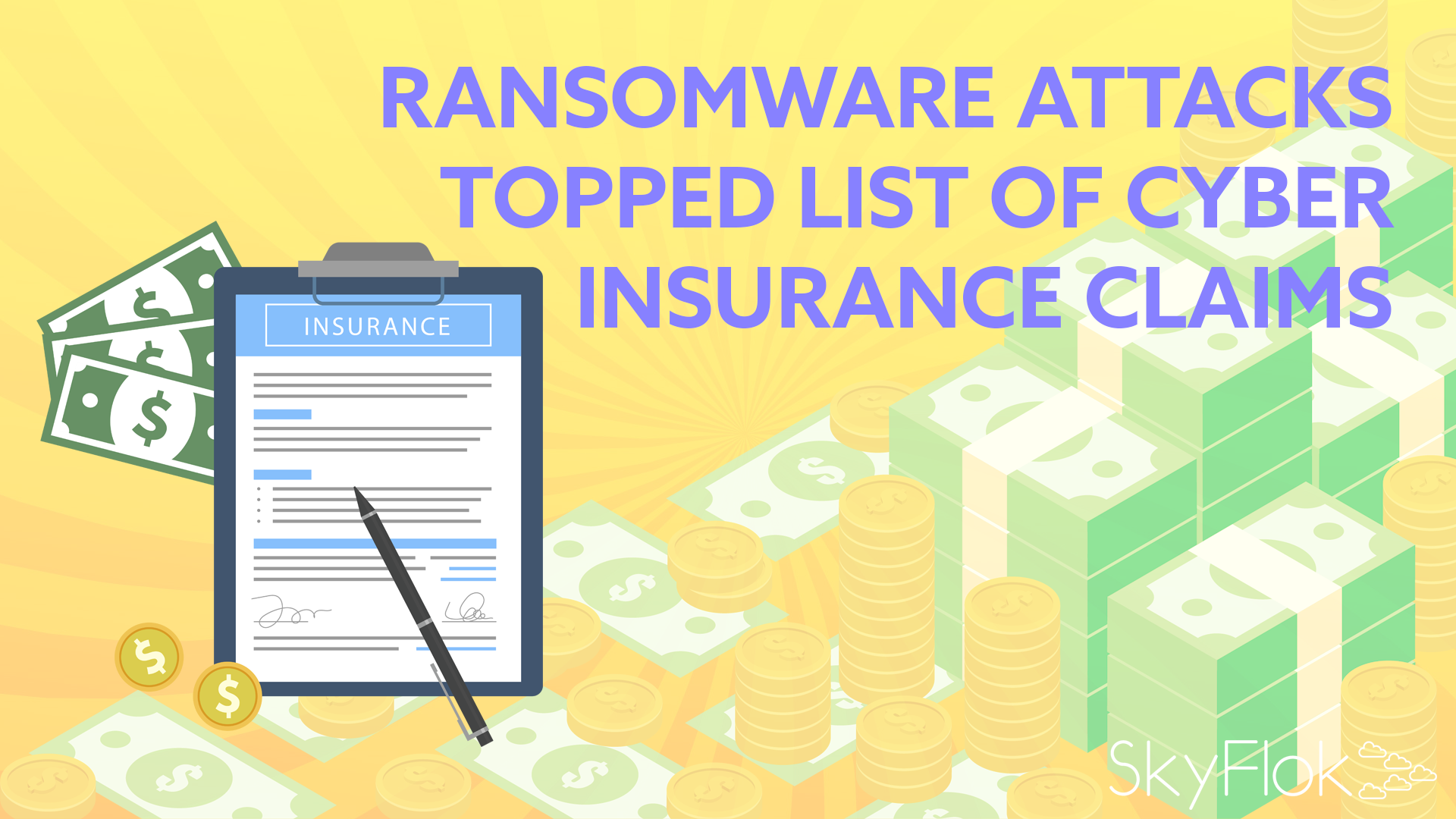 “The systemic nature of ransomware attacks witnessed in 2017 is just the ‘tip of the iceberg’ of a problem that will become even more widespread and challenging in the future.” The most reliable defense against ransomware continues to be good backups and well-tested restore processes.

Worried about ransomware? Protect your important files with SkyFlok!

AIG said that this was a significant increase from the average of 16 percent of cyber claims coming from ransomware attacks in the years 2013-2016.

The WannaCry ransomware attacks, in particular, had a devastating impact on the healthcare industry, as well as the financial services, logistics, education, and manufacturing, according to AIG stats.

“The WannaCry outbreak, which hit hundreds of thousands of machines around the world, could have been worse in terms of scale and insured losses if a UK researcher hadn’t quickly found and activated the kill switch,” said Mark Camillo, head of cyber for Europe, the Middle East, and Africa at AIG.

Ransomware has become increasingly commoditized with the creators of recent variants offering revenue-sharing agreements to partners. There is no guarantee that victims will get their data back, even if they pay the ransom, AIG observed.

Companies may not think their data is likely to be compromised, but AIG’s claims experience in 2017 demonstrated that ransomware attacks are largely indiscriminate and can impact healthcare providers of all sizes, as well as organizations from other industries.

AIG said it expects the automation and commoditization of ransomware to continue to be a trend with businesses and individuals facing an increasing number of attackers.

In fact, a ransomware attack is the type of cyberattack that most worries healthcare IT professionals, according to a survey of HIMSS18 attendees by security firm Imperva.

Overall, AIG had as many cyber insurance claims notification last year as in the previous four years combined.

Professional services, financial services and retail topped the list of industries when it comes to cyber claims, but incidents are spreading more broadly among a range of sectors, indicating that no industry is immune, observed AIG.

Companies that do not have strong cybersecurity protections in place or back-ups of their data are most likely to suffer from network interruption following a ransomware attack, according to José Martinez, vice president of financial lines major loss claims for EMEA at AIG.

“Generally speaking, when companies have back-ups, in pretty much all the cases that I’ve seen they are not interested in paying the ransom,” Martinez said.

“However, there were a couple of instances last year where this was a real issue and some companies were really on their knees because they did not have good back-ups. So, they had to consider making a payment in order to recover their data. In these cases, the longer it goes on, the more they suffer financially,” he added.

AIG concluded that the systemic nature of ransomware attacks witnessed in 2017 is just the “tip of the iceberg” and that ransomware will become even more of a challenge in the future.