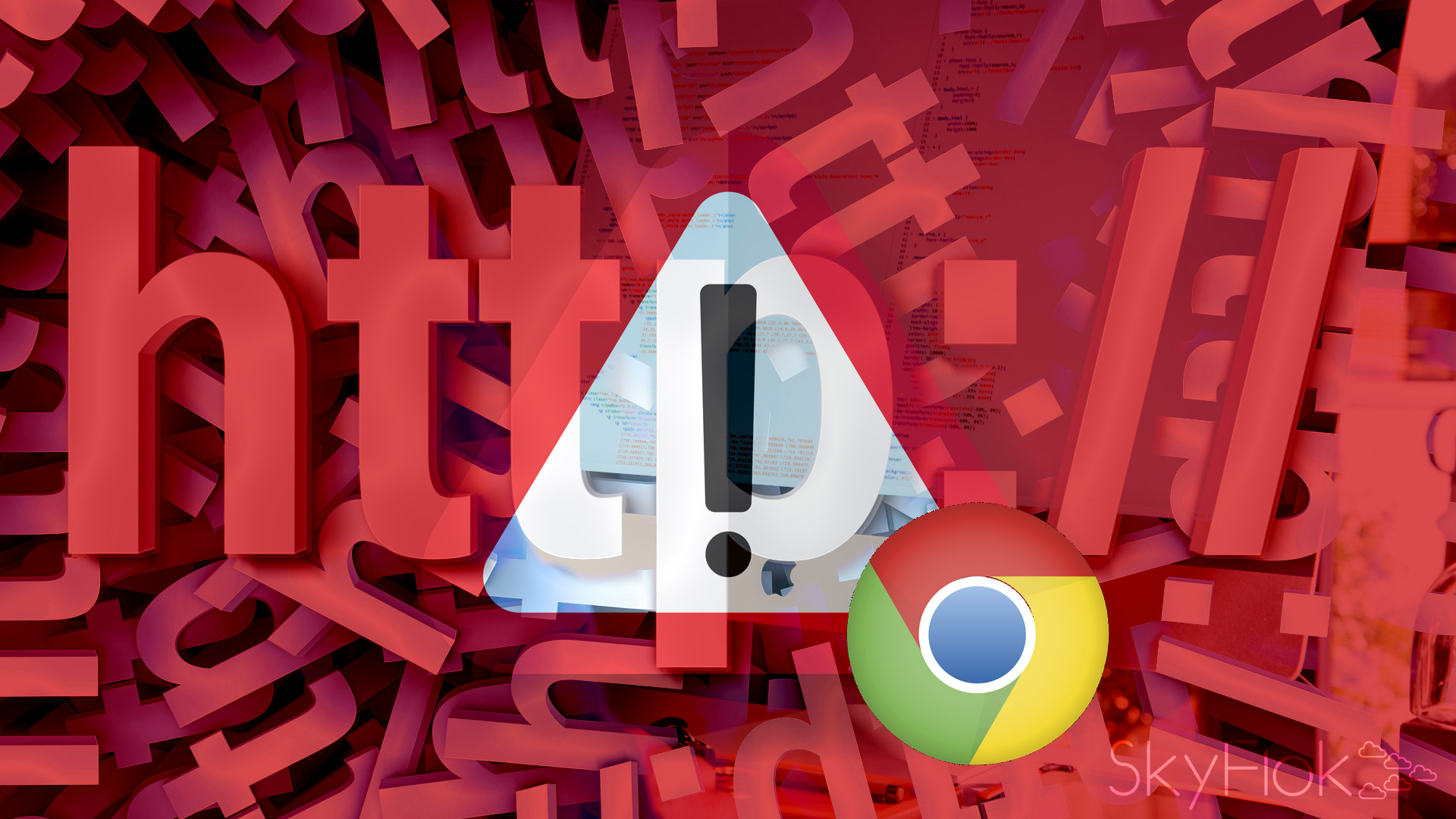 HTTP, one of the technologies that’s made the World Wide Web work just got a big black mark thanks to Google’s Chrome web browser.

The Hypertext Transfer Protocol (HTTP) lets your web browser fetch a web page from the server that hosts it. HTTP has had a good run, but it has a problem: It doesn’t protect communications with encryption that blocks eavesdropping and tampering.

Every interaction you have with a website that is unencrypted (meaning it is not using HTTPS) may be accessible to companies or individuals around the globe that analyze Internet traffic. This is a massive privacy problem, said Nick Sullivan, head of cryptography at Cloudflare.

Only using HTTPS protected sites is a good start. But living in an era where all of our data is exposed requires additional protection for your data. We’ve designed a ground-breaking cloud storage and sharing service to protect the privacy of your data and to improve security in the Cloud.

SkyFlok is encrypted and designed to help our clients store files privately across the globe working on top of HTTPS and providing a much needed complement to it at the point where data is stored. Our innovative technology preserves the privacy and the integrity of our clients’ data by spreading the data across multiple providers and locations.

Need a secure place to store and share files privately with colleagues and clients? Subscribe to SkyFlok today!

That’s why Google, Mozilla and other tech industry allies have been pushing websites everywhere to switch to the secure version, called HTTPS. And it’s why, starting with the release of Chrome 68 on Tuesday, Google’s browser will warn you whenever it loads an unencrypted HTTP website.

“This makes it easier to know whether your personal information is safe as it travels across the web, whether you’re checking your bank account or buying concert tickets,” said Emily Schechter, Chrome security product manager, in a blog post Tuesday.

Chrome will show the words “not secure” next to the website in the address bar if it’s not encrypted. It’s a pretty open-ended warning, but you probably don’t need to panic if you see it. It’s far more likely to mean that it’s time for website operators to update their sites than it is an alert somebody is trying to do something nefarious with your personal information.

But that doesn’t mean you should be complacent. Online privacy is in short supply, as revelations from former NSA contractor Edward Snowden and scandals like Cambridge Analytica show. Even passive monitoring of unencrypted web traffic, while less severe than attacks that can steal your password, can reveal a lot about you.

Chrome has a lot of leverage over the web. It accounts for 59 percent of web traffic, according to web analytics firm Statcounter, and Chrome surpassed a billion users in 2015.

Here’s a look at what’s changing and why.

What’s so bad about HTTP?

HTTP has served the web well, but it’s vulnerable to all manner of problems from anyone that controls the network you’re using. That includes in-flight Wi-Fi, coffee shops, hotels and, of course, your internet service provider.

“Using HTTP for a website instead of HTTPS has always been problematic,” said Nick Sullivan, head of cryptography at Cloudflare, a company that helps websites keep up with traffic demands. “Every interaction you have with a website that is unencrypted is broadcasted to an unknown set of companies in arbitrary locations across the globe. This is a massive privacy problem. It’s also a security problem because the website content can be modified along the way without the user knowing. This invites intermediaries to insert ads, trackers or malicious software to websites.”

Troy Hunt, an independent security researcher, made a video that catalogs abuses that are possible with HTTP websites. Malicious actors can: