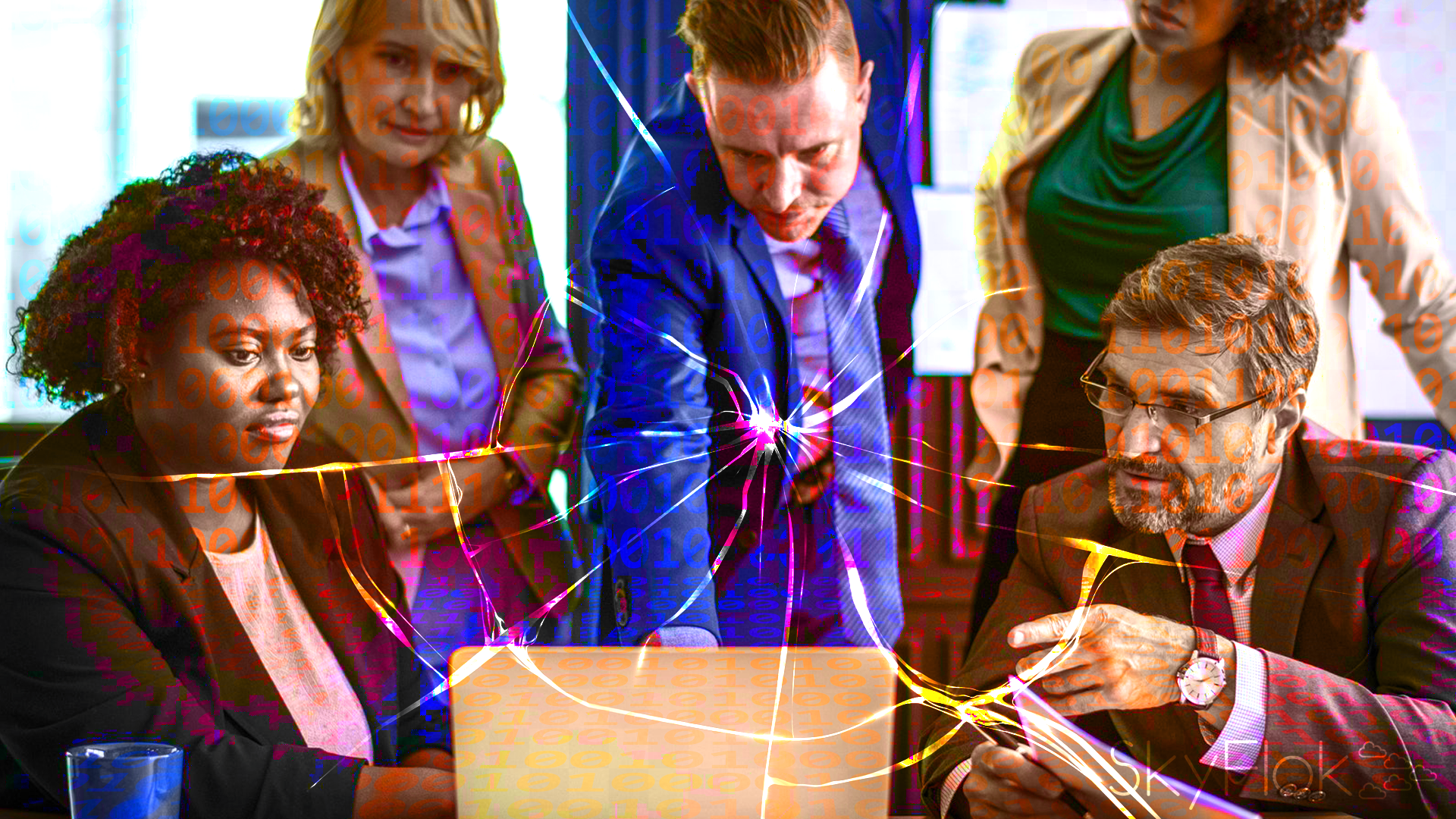 A breach investigation can typically take weeks or even months before most businesses feel they know enough to disclose. Without tooling for collaborative and secured communications, businesses will face enormous legal and regulatory challenges not to mention reputation and business continuity issues as they struggle to fulfill disclosure obligations.

At SkyFlok we allow users to use multiple cloud storage providers together to efficiently and securely store their files. We distribute the data across multiple locations and providers, which means that an attacker needs to compromise multiple Cloud providers before having any chance to look at the files. Your clients’ data is safe and you keep full control over it.

2017 saw over 2 dozen major security breaches in 2017. While the public may have grown numb to the number and constant stream of data breaches reported, outrage has been building around the delays in accompanying disclosures of those breaches and questionable actions that have occurred in between when a data breach has occurred and when it’s been reported. Those questionable actions have included company executives selling stock and paying hackers a ransom. Sometimes data breaches have also been reported by independent bloggers before the businesses officially reported them as was the case with both Target and Nieman Marcus. And, despite the delayed reporting of many data breaches, businesses have still needed to update the public on a bigger than initially reported scope of breach.

A breach investigation can typically take weeks or even months before most businesses feel they know enough to disclose. In the past, businesses have typically concerned themselves with fixing the security vulnerability or issue from which the breach arose and then worrying about reporting. Previously, regulation in Europe and in the United States with its patchwork of state laws gave companies leeway on times to report, with only a handful of states requiring notice within 45 days, and even then, with some exceptions.

A measure was recently introduced in the United States Congress that could impose new criminal penalties on anyone convicted of “intentionally and willfully” concealing a data breach, including fines and up to five years imprisonment, or both. The much-hyped General Data Protection Regulation (GDPR) that was enforced on May 25 specifies that the supervisory authority must be notified of a breach within 72 hours of its discovery and failure to do so could carry hefty consequences of up to up to 4% of annual global turnover or €20 Million.

Empowering Security Teams to Become Collaborative Across the Organization

As the regulatory landscape becomes more complex, security teams will have to step up as will company executives. It will require businesses to have much more than a plan in place and to be able to assemble what has occurred with immediacy if they are to disclose quickly and without incurring other areas of liability. Businesses need to have an automated way to obtain a “single source of truth” that draws feeds from security tools, social media and other company collaboration tools for a complete view of breach-related activity.

The picture that is emerging for security teams is that data breaches need to be elevated to a business level immediately and in a way that limits potential complications surrounding the breach.