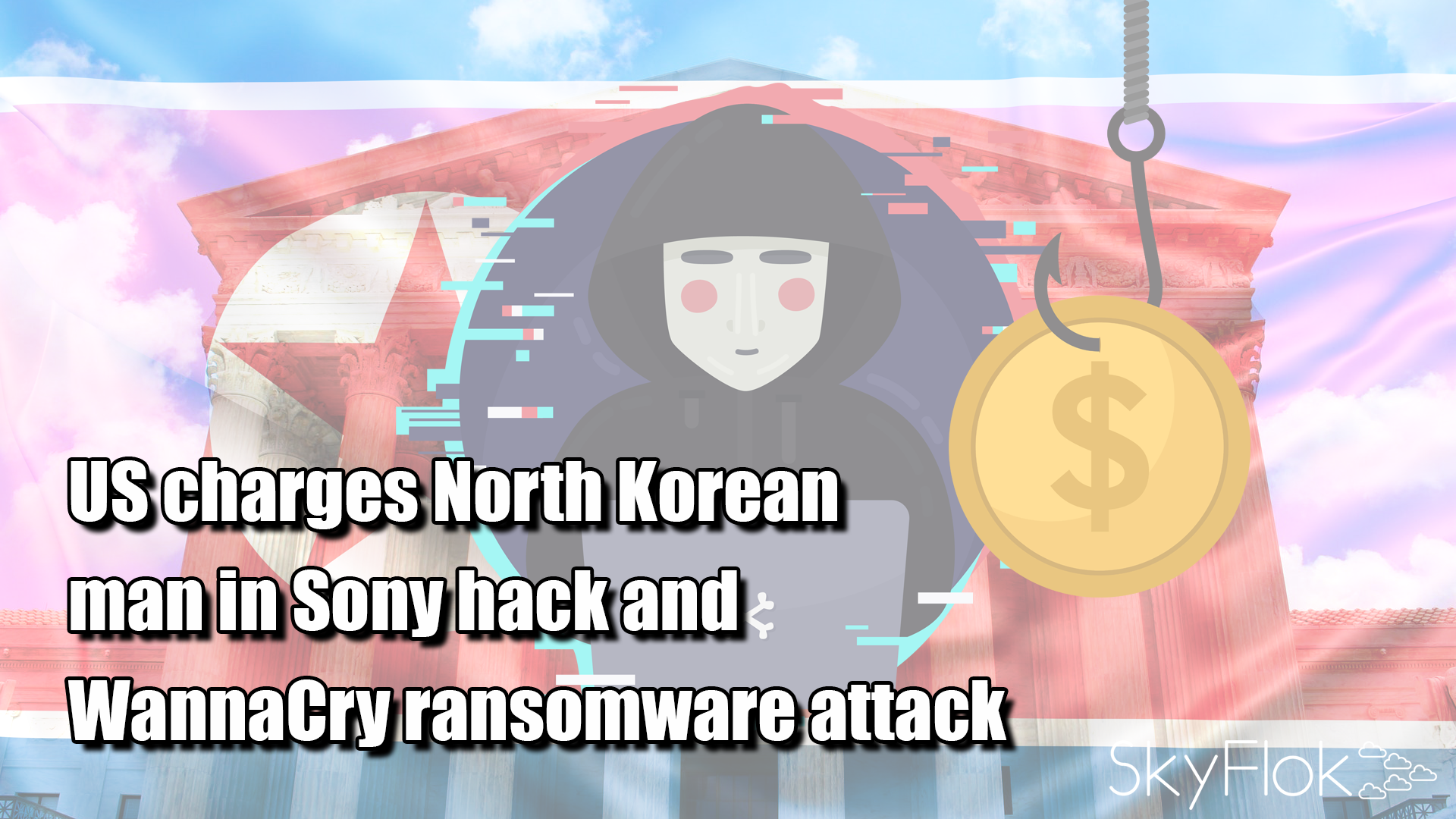 The Justice Department has charged an alleged North Korean operative with involvement in the infamous hack of Sony Pictures in 2014 as well as last year’s devastating WannaCry ransomware attack.

Over the years, ransomware has grown from a curiosity and an annoyance to a major challenge entwined in some cases with top-secret spy agencies and international intrigue.

SkyFlok provides you with a backup plan in case of a ransomware attack. You can always go back to the previous versions of your files as we have kept copies of them. Don’t let the cyber threats put your business at risk! Join us!

The United States had faulted the country for the Sony hack as far back as late 2014. The cyber-operation was believed to be taken in response to The Interview, a Seth Rogen and James Franco movie depicting the assassination of Kim Jong-un. The subsequent leak of emails at the company resulted in severe embarrassment for Sony, and set the stage for similar attacks in recent years, but a charge against a specific person didn’t happen until June, when the previously sealed complaint was filed.

According to prosecutors, the man charged, Park Jin-hyok, was part of “a wide-ranging, multi-year conspiracy” undertaken on behalf of the North Korean government. Acting through a front organization, Park and others allegedly broke into Sony Pictures, and also created the WannaCry 2.0 ransomware, which, when released, damaged computer systems in 150 countries. United States officials had previously blamed North Korea for that attack as well.

The news comes during an awkward moment in the relationship between the United States and North Korea. After an initial summit between Kim and President Trump, negotiations on denuclearization have appeared to stall. But today, after comments from Kim praising Trump, the president tweeted approvingly of the North Korean leader. “We will get it done together!” he wrote.

Kim Jong Un of North Korea proclaims “unwavering faith in President Trump.” Thank you to Chairman Kim. We will get it done together!