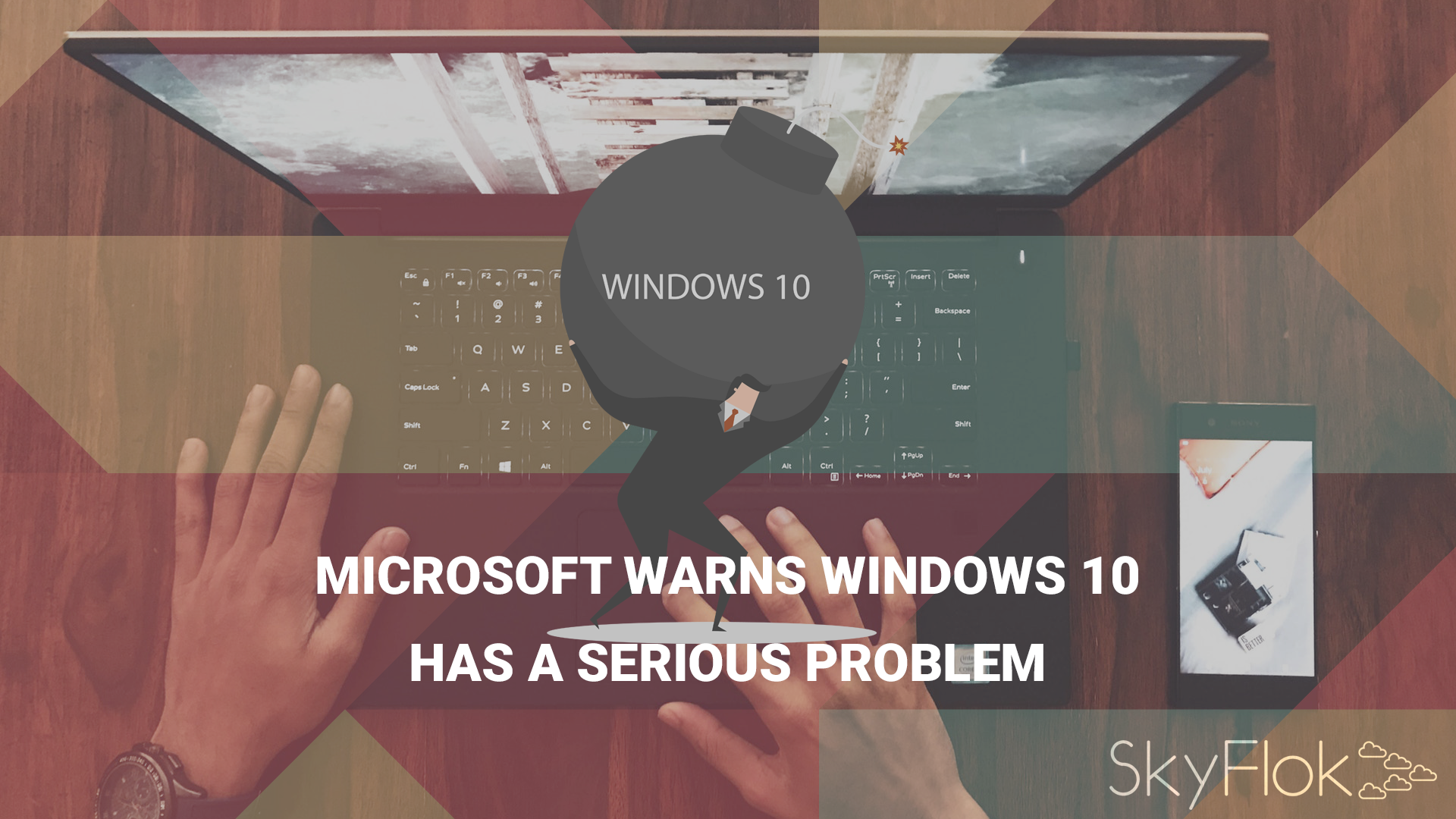 Worried about losing your files? Secure your files and make sure you have a fast access to them by backing them up with a solution like SkyFlok.

SkyFlok keeps all previous versions of your files giving you easy access to them anytime,anywhere. Moreover, SkyFlok does not delete your files immediately. You can restore your files up to 30 days after they’ve been deleted.

Microsoft introduced new Windows 10 monthly charges, that has not improved the quality of its updates. In fact, Microsoft has just warned all Windows 10 users that its latest upgrade may permanently delete their personal data…

Microsoft’s admission comes after angry Windows 10 users took to Reddit (1,2), Spiceworks and the company’s own support site warning others to urgently postpone the major 1809 update. And, worse still, it turns out this should’ve been preventable.

For its part, Microsoft confirmed the news saying:

“We have paused the rollout of the Windows 10 October 2018 Update (version 1809) for all users as we investigate isolated reports of users missing some files after updating.”

Of course, Microsoft’s terminology differs drastically from the real world reports of others:

“Windows 1809 update wiped my documents. So after updating, I discovered that my documents, pictures, music, videos are gone. Wtf?” – source

“This happened to both of our Win10 PC’s… my wife lost all her photos and documents from past five years.” – source

“I lost my D:Document folder. It is not configured as a documents library and it’s not even in system drive! I do not have backup for this because I think the system upgrade should never ever touch [a] non-system drive.” – source

“I upgraded three devices yesterday (desktop PC, laptop, Surface) – on two the upgrade went perfectly, but on the desktop PC one profile had the documents and pictures folder deleted. Completely gone, nothing in Windows.old either. Restored to the previous Windows version, but files were still missing.”

“Just had this happen to a client of mine. Laptop with Windows 10 Home. Yesterday, it wanted to update to 1809, so he let it go. It completes and he boots and logs in – and notices that all of his Documents and Pictures are gone. His background image is there. His desktop is there. His iTunes music is there. But all of his Documents and Pictures are gone. And not just moved somewhere else – I scanned through with TreeSize just to make sure. They are gone.” – source

“Last night I updated to 1809 and it all went smoothly, but then I find that all my files in Documents are DELETED. Gone. Poof. This included many crucial documents and financial info. Yes, I have a backup (I think – using Windows Backup to a NAS). But this is pretty bad.” – source

Perhaps the worst part about all this is it turns out Windows Insiders had been warning Microsoft about this for months.

Unfortunately, the reports were either lost or ignored. Something which has prompted even the most ardent Microsoft fans to attack the company.

As it stands, there is no information on how or why the data loss occurred and Microsoft has not provided any timescale as to when the 1809 rollout will resume.

Windows 10 users have long demanded Microsoft give them greater control over updates, and this is just the latest in a string of incidents. Notably, in January Windows 10 updates turned PCs with AMD hardware into an “unbootable state“, while a major April update was pulled after reports it was causing the dreaded Blue Screen of Death (BSOD).

That said it is the automated and permanent deletion of user data which is, without doubt, the number one nightmare scenario of any user on any platform. If you weren’t already, now would be a very good time to invest in an external backup drive and make sure you set to it sync at least once a day…