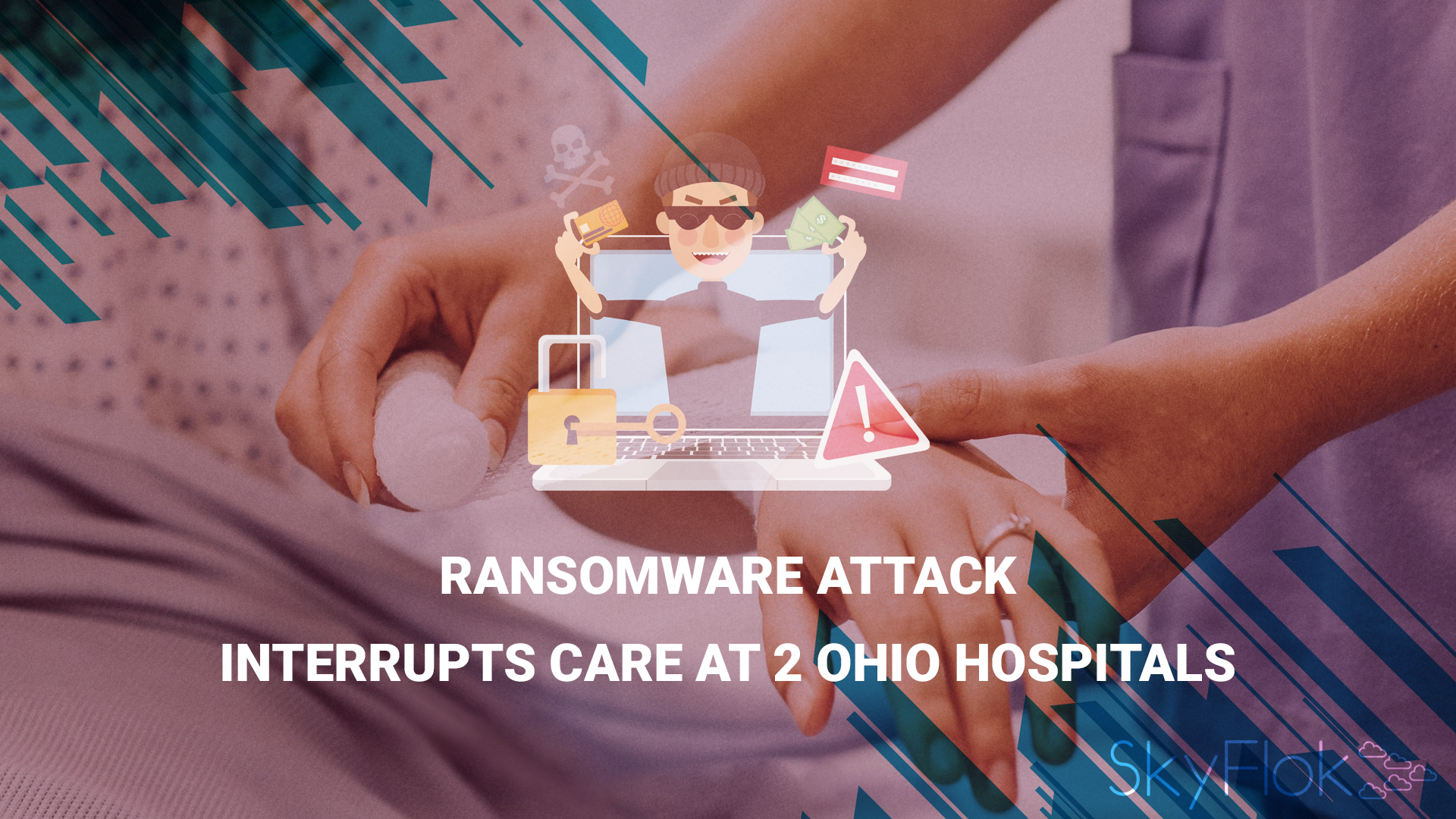 Patients needing emergency care were diverted away from East Ohio Regional Hospital and Ohio Valley Medical Center due to a ransomware attack. The emergency transportation team began bringing those patients to area hospitals due to the attack. The healthcare industry has become one of the most popular targets for ransomware attackers trying to steal patients private information.

To respond properly to ransomware attacks, organizations must backup important data as a part of a robust security strategy.

With SkyFlok, organizations can recover from a ransomware attack in no time. SkyFlok keeps all versions of your files and you can easily go back to them after an attack.

Worried about ransomware? Protect your sensitive files with SkyFlok!

Officials confirmed the attack began on Friday night and continued into Saturday afternoon. The emergency transportation team began bringing those patients to area hospitals due to the attack.

“The OVMC-EORH employees and medical staff have been very adaptive and supportive and we are able to continue with quality patient care,” Daniel Dunmyer, OVMC CEO told local news outlets.

The IT team took some computer systems offline to protect the integrity of patient data.

“We have redundant security, so the attack was able to get through the first layer but not the second layer,” Karin Janiszewski, OVMC and EORH director of marketing and public relations, told local news outlets. “There has been no patient information breach. The hospitals are switching to paper charting to ensure patient data protection.”

“At the moment, our emergency rooms are unable to take patients by E-squads, but we can take patients by walk-in. Our IT team is working around the clock right now and we expect to have the issue resolved by (Sunday),” Janiszewski said.

Officials have not provided an update on the attack. HealthITSecurity.com reached out to the health system for further comment. This story will be updated if more information becomes available.

Ransomware attacks have continued to plague the healthcare sector throughout 2018. However, it’s been several months since a provider has reported care interruption due to an attack. In July, Cass Regional Medical Center took its EHR for more than a week after a ransomware attack.

Shortly afterward, another Missouri provider reported a similar incident. Medical testing giant LabCorp also reported an outage from ransomware around the same time. And Sutter Health went offline for abut 24 hours in May, after a ransomware attack on its fire suppression system shut down its Epic EHR and other systems.