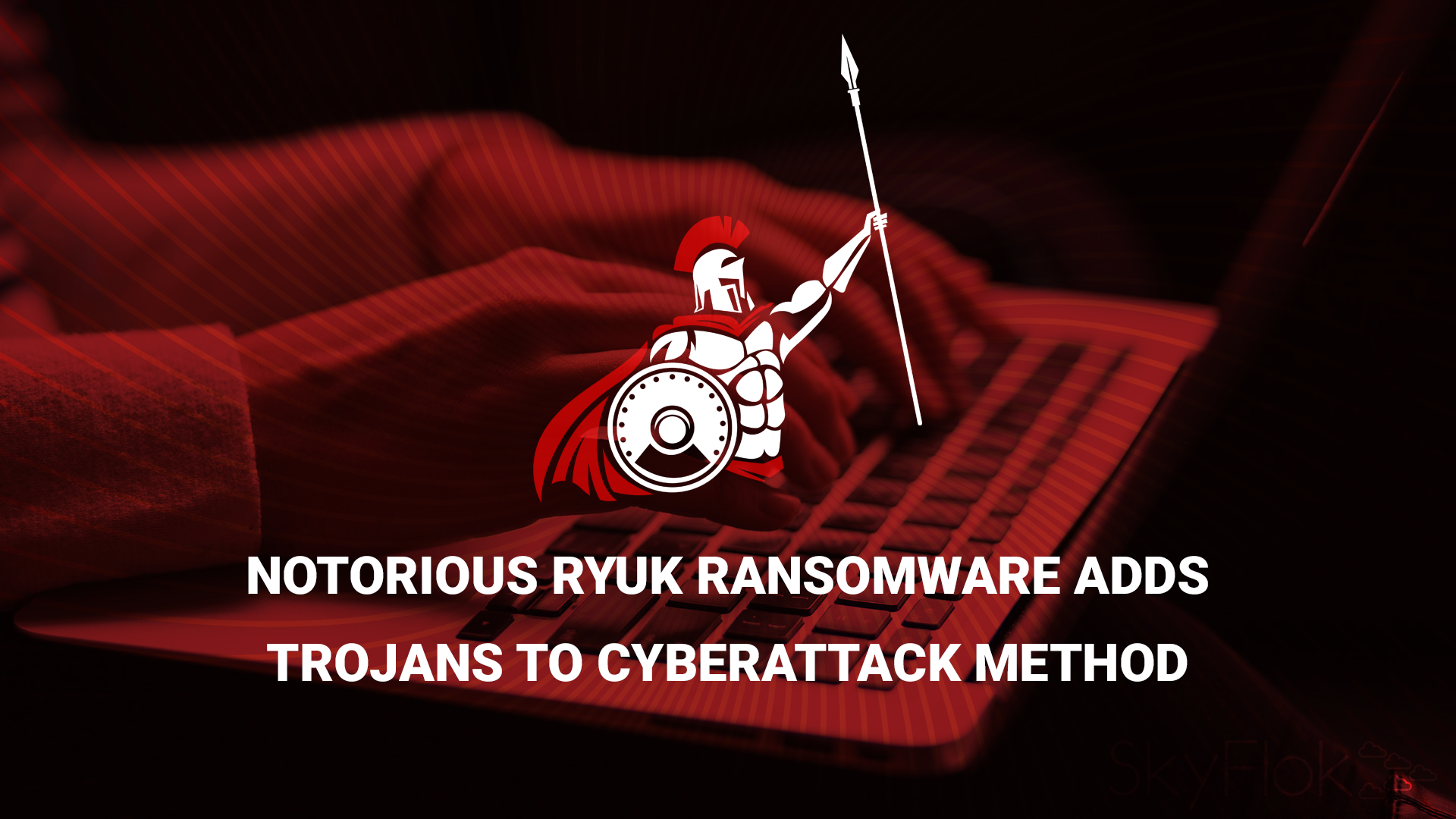 The Department of Health and Human Services alerted the healthcare sector to Ryuk’s target campaign in September, for its similarity to the SamSam ransomware cyberattacks that were also extensively targeting the sector.

Need backup? SkyFlok offers you an easy way to defend against the fallout of a ransomware attack. We keep all previous versions of your files so you can easily recover any files that would be compromised or deleted if you fall victim to an attack.

The initial Ryuk attacks were discovered in the wild in August 2018. Its hackers would find targets by scanning for open Remote Desktop Service ports or other security gaps, like stolen credentials, to gain access into a network. The hackers would then target servers and high-profile data to extort a ransom from its victims.

At the time, HHS officials warned healthcare was a prime target given its sensitive data, excessive patching issues, and the need to have access to patient data at all times.

But now Ryuk hackers have upped the ante with the addition of new trojans to gain access into an infected network. After the bots infect the network, the virus creates reverse shells back to the threat actor to manually infiltrate the entire network and install Ryuk.

Typically, the ransomware is delivered as the final stage of the infection chain that begins with Emotet and turns to TrickBot as its secondary payload, according to CrowdStrike. However, FireEye noticed the virus can also be delivered using just a TrickBot infection.

Dubbed Temp.MixMaster by FireEye, its researchers believe the TrickBot hackers are renting the service to other cybercriminals who use the TrickBot trojan.

“Various malware families have incorporated capabilities that can aid in the discovery of high-value targets underscoring the necessity for organizations to prioritize proper remediation of all threats, not only those that initially appear to be targeted,” they added.

Ryuk is specifically used to target enterprise organizations and since August, its hackers have racked up more than 706 bitcoin payments, across 52 transactions – or about $3.7 million, according to CrowdStrike researchers.

While originally attributed to North Korea, researchers now believe the hackers are from Russia after Ryuk disrupted operations at several newspapers like the LA Times and Wall Street Journal in late December 2018.