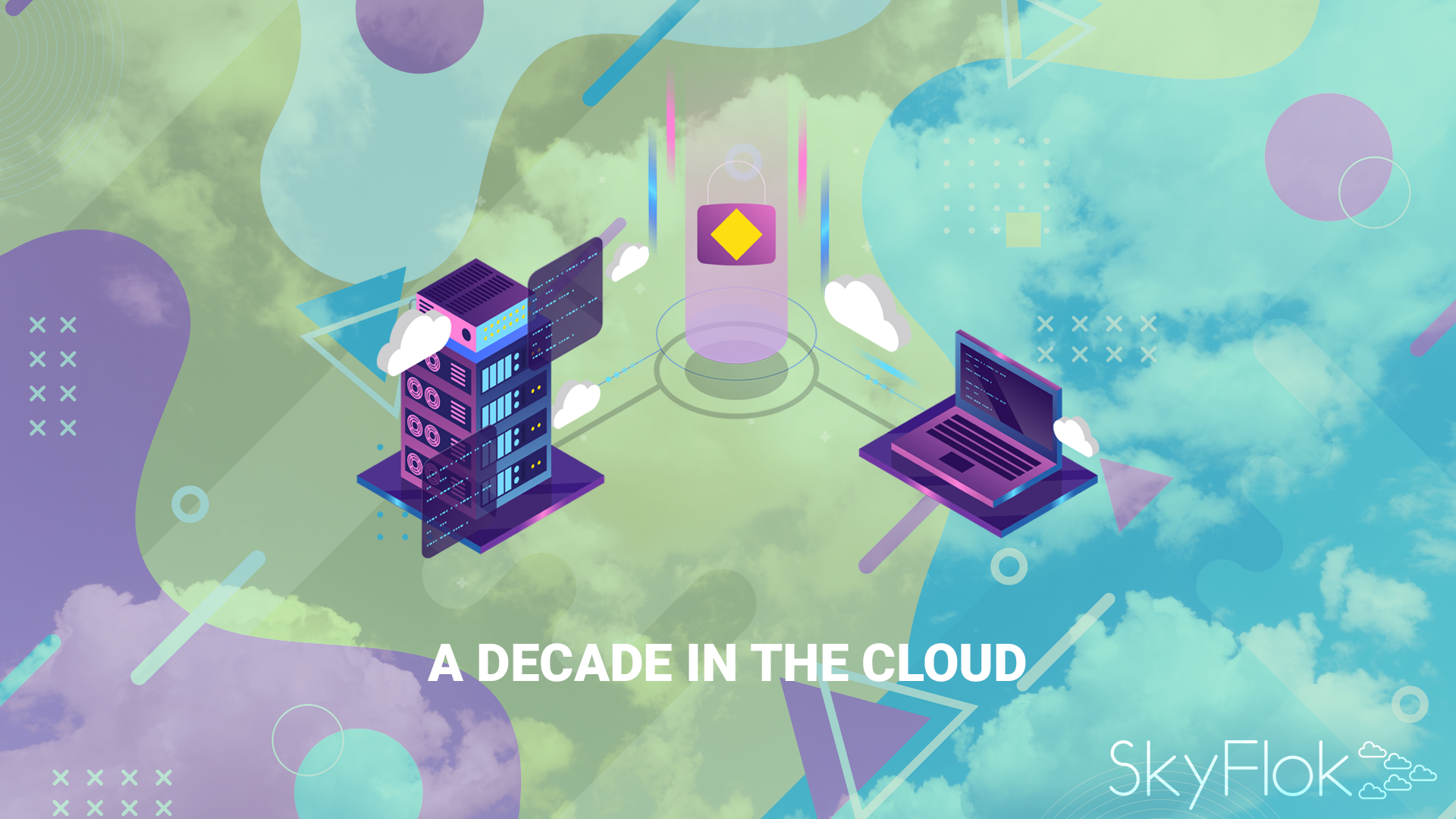 Technology is evolving rapidly and businesses need to keep up in order to stay relevant.

Stay up to date with the latest trends in cloud technology while protecting your most valuable assets – your customers’ data – with SkyFlok!

At SkyFlok we use innovative cloud technologies to protect your files by spreading them across multiple cloud locations. Doing so, we protect our customers’ files from attackers who will need to compromise multiple locations before having a chance to look at your files.

Cloud has been around for some time now, with the year of the cloud increasingly becoming what seems more like an entire decade.

It’s infiltrating more and more sectors as the technology and the industry itself continue to mature. But barriers do still exist to its adoption and it has a long way to go as new and innovative technologies continue to emerge. Paired with the lowering costs of compute and storage, an increasing number of smaller vendors are on the verge of entering the market.

As such, the next ten years for the cloud industry, and the industry giants that currently dominate the market, are uncertain.

Unfortunately, obstacles still stand in the way of cloud adoption, particularly from the human side in terms of legacy resistance to change and risk aversity due to new regulations such as GDPR. Customers also now have the positive challenge of an increasingly wide selection of cloud services to choose from, which presents a new challenge of how to disseminate the differences. Unfortunately, the average sized business is not experienced or educated enough in the new world of cloud in order to know what questions to ask or indeed, how to interpret the answers they receive.

As such, it’s difficult to know how the average smaller business is expected to best assimilate the cloud services that will add value to their business. Do they just select the traditional big-name technology brands they have heard of (who in cloud may not be the best solution any longer) or do they innovate and go for a newer name who can give them better business differentiation to their users and customers?

With many of today’s enterprises facing this decision, legacy vendors will be forced to cloudify through re-engineering, re-platforming or acquisition in the coming years in order to remain competitive, or risk becoming the next ‘blockbuster’ to their Netflix cloud competitor.

We still face a breadth of technology sectors that, for the majority, sell as traditional on network systems. We have seen CRM shift over the last 15 years from 95% on network systems to now over 70% of new systems sold today being cloud based CRM, mostly due to Salesforce. We have already seen this expand to ERP and Service Desk solutions, but we still face a bulk of technology areas such as telephony, antivirus and software suites that are in the majority sold as local deployments.

Cloud is going to continue to disrupt sector after sector, with new entrants typically threatening the traditional brand names due to the fact that these have a ball and chain around their ankles. This being their fight to protect their existing revenue streams, not wanting to disrupt their own revenues using cloud and more often leaving it for other third parties to do so who have all to gain and no existing business to protect.

The future for cloud competitors

The new cloud disruptors haven’t put their heads above the parapets yet, but soon we are going to see the new Uber, Facebook and Netflix appear from nowhere because we now live in a world where the computing power required is affordable to any innovator with an idea. The previous barriers of compute and storage vs. cost are gone and even the smallest of firms are able to develop and deliver quicker than ever and reach a global audience. New competitors to the major players may not have even been born yet.

As such, for the time being, cloud powerhouses are now in a three horse AGM race (Amazon, Google and Microsoft) with an increasing number of traditional software vendors re-platforming their apps to one of these underlying cloud services. We are going to see an increasing number of big traditional corporate brand technology vendors challenged to survive, recently exampled by CA’s (Computer Associates) sale to Broadcom, when nearly 50% of staff were axed quickly thereafter. Remaining relevant in a new cloud world for legacy firms is going to get harder and harder.

The changing face of cloud – what will it look like in ten years?

With all of this in mind, I believe we will see far less private ‘cloud’ hosting firms in the years to come. With the commercial power of Amazon, Google and Microsoft on the race to Zero (i.e. who will be the first to give it away for free?), traditional co-location hosting will be marginalised if not crushed. We will hear less of the term ‘cloud’ as it will be ingrained into a plethora of other technologies as the engine; these will include Artificial Intelligence (AI), Big Data and Internet of Things (IoT). We will see a breadth of co-operating systems as API’s between cloud systems extend and cloud silos become marginalised and a massive growth of edge computing devices with local processing power communicating with and supporting centralised cloud computing engines.