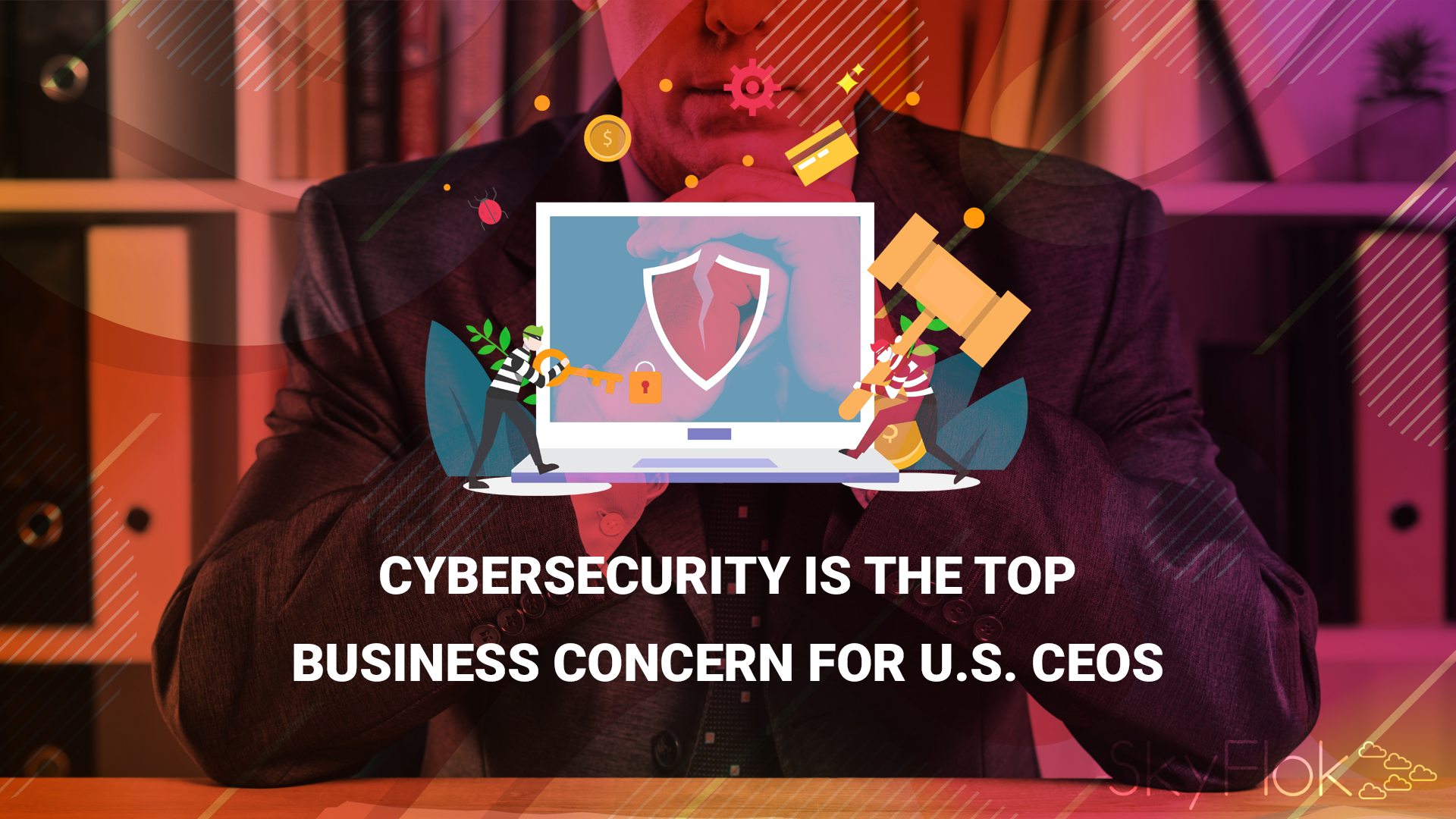 In the United States cybersecurity outranks recession fears and becomes the biggest “external concern” for U.S. CEOs for 2019, according to  C-Suite Challenge 2019 study.

Is cybersecurity one of your biggest fears? Give your company a top level of security and protect the privacy of your important information with SkyFlok.

SkyFlok provides protection against cyberattacks and removes the need to trust any single cloud provider. We empower you to choose the locations and providers where your and your client’s data is stored. You are in control of your files.

A potential recession is on the minds of U.S. corporate executives, according to new research. But do you know what worries them even more? Cybersecurity.

The C-Suite Challenge 2019 study by think tank The Conference Board reveals that American CEOs rank cybersecurity as their biggest “external concern” for 2019. It outranks recession fears, which took third place behind new competitors. It also matches a finding by the World Economic Forum that cyber attacks are the top risk of doing business in North America.

Globally, recession fears top the list of external business concerns. This is a significant change from last year, when recession concerns ranked 19th.

However, in the United States, where consumers are still feeling the sting of the massive Equifax breach of 2017, cybersecurity concerns are top of mind. Other high-profile cybersecurity attacks against household-name brands such as Under Armour, Marriot, Facebook and Yahoo also have delivered sobering reminders that anyone can fall victim to cybercrime.

The report was based on a poll of about 800 CEOs and 600 other C-suite executives in the United States, Asia and Europe. “Participants weighed in on the top business challenges facing their organizations in both the year ahead and well into the future, and their strategies for meeting those challenges,” according to a news release.

The findings indicate that how CEOs prioritize their business challenges is influenced by geography. While cybersecurity is the top concern for U.S. executives, it ranks considerably lower in China, at number 10. Threats to global trade ranked second worldwide, as well as in China, but came in fourth in the U.S.

Compliance with privacy regulations ranks 12th for U.S. CEOs and 13th in Japan and China. In Europe, where the restrictive General Data Protection Regulation (GDPR) went into effect in May 2018, the concern ranked higher, at number 8.

While U.S. executives and their counterparts worldwide disagree on the top external business concern, they are of one mind regarding their biggest internal challenge – recruiting and retaining talent. This should come as no surprise as global competition increases and the pool of available talent shrinks, said Rebecca Ray, Ph.D., a report author and the Executive Vice President of Human Capital at The Conference Board.

“Moreover, [CEOs] think talent shortages will only intensify beyond 2019, which underscores why organizations should constantly reexamine how they’re attracting and retaining their best and brightest,” she said.

One area where talent is particularly scarce is cybersecurity, which is experiencing a shortage of nearly 3 million workers, according to (ISC)2 research. That number includes 500,000 in North America and 2.14 million in Asia-Pacific.

This internal challenge surely contributes to the top external concern of U.S. CEOs. If recruiting and retaining cybersecurity talent is a major concern, it stands to reason that cybersecurity itself is just as much of a worry. That being the case, this concern won’t go away anytime soon, since it will take years to resolve the skills shortage.