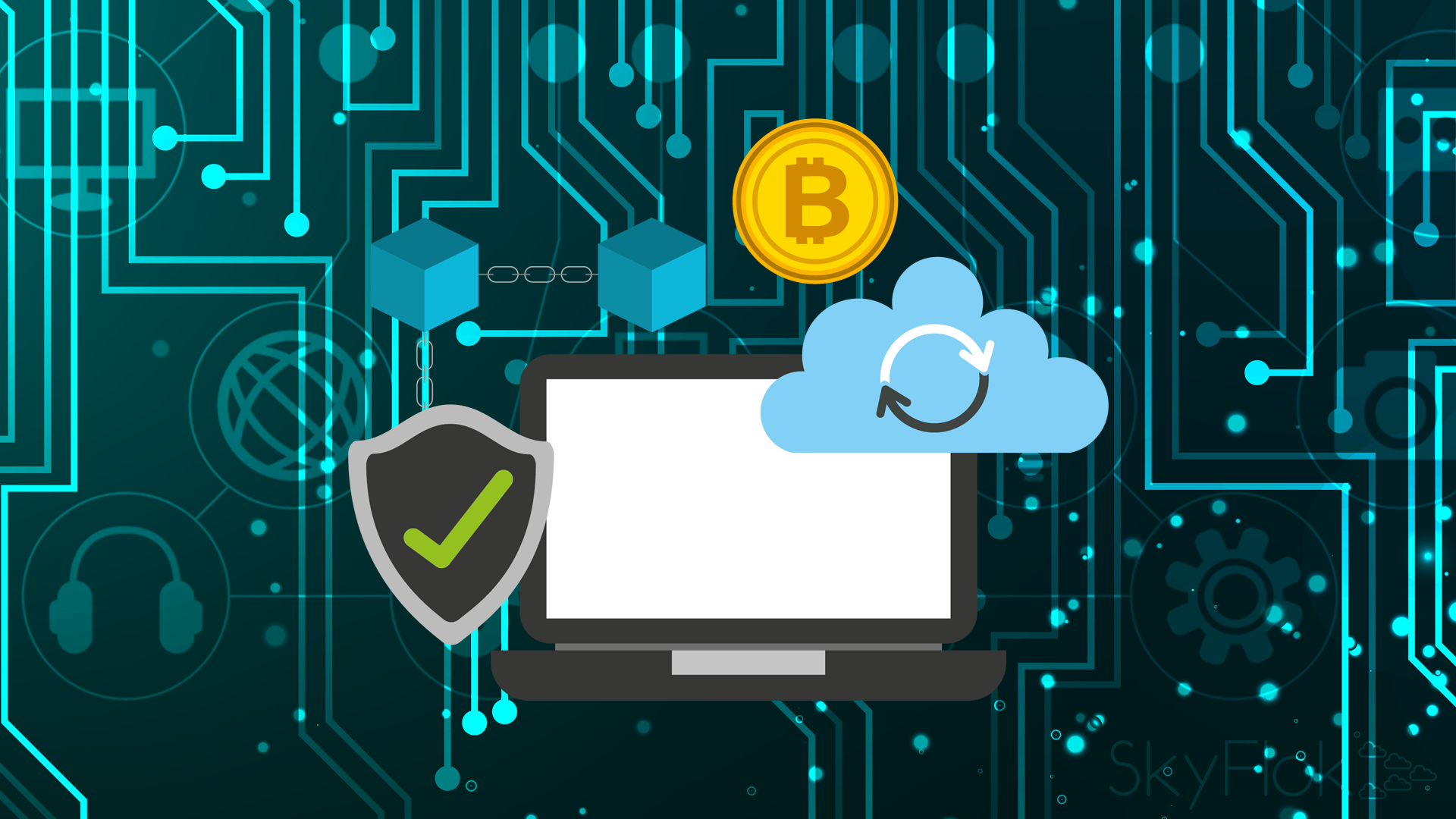 After a busy 2017, there is now a significant mass of crypto-companies who are looking to disrupt a whole range of industries and who have the funding base to achieve that vision. These companies believe that blockchain will underpin a new decentralized internet and they are hurrying to build the decentralized applications that people will use to access this revolutionary new infrastructure. At the same time, even enterprises that haven’t fully embraced blockchain’s potential are still considering the advantages of a decentralized system.

SkyFlok is a proponent of decentralized data storage, but one where the storage providers used are of the highest quality, are known to the customer, and are chosen by the customer. Essentially, our customers know where their files are stored. Our patented technology scrambles the files locally before uploading parts of them to the selected cloud providers. This allows us to improve access to the data for our customers as well as security, as no single provider is able to take a look at your data.

You know who stores your files, but the providers know nothing about those files.

However, while I am optimistically looking ahead to this decentralised future as much as anyone, we cannot ignore the issues that currently stand in the way of progress.

Blockchain is the future

Significantly for data storage, blockchain and decentralisation provide huge benefits and a clear solution to ongoing security problems.Click To Tweet

Before looking at this issue though, it’s worth reiterating what lies behind the significant growth in blockchain that’s taking place now.

It’s well established that this technology can, through cryptographic consensus, provide a significantly more secure environment for value exchanges within a whole range of markets. Such benefits are the reasons why it is hailed as a major disruptive force in everything from media to medicine.

Today, in the centralised world of cloud storage, the huge databases of leading multinational enterprises act like beacons for hackers looking to access consumer data for criminal activities. This sort of insecure data storage is not only highly vulnerable but also totally unnecessary.

Even where hacks haven’t taken place though, the way in which centralised databases can be affected by outages also makes it clear why something must change. In 2017, a major outage in the AWS US East region affected global web applications such as Github, Slack, Adobe and Expedia for a number of hours.

The significant point to note is that decentralised data storage, as demonstrated in blockchains, completely mitigates the issues of hacks or power shortages that affect centralised databases. This is because decentralisation and distribution mean that, if a single node is compromised or goes down, the network can continue to update and operate. In fact, for this sort of data storage architecture to even be at risk of failure, you would have to imagine an act of God on a global scale.

The flaws in decentralised app development

However, as mentioned earlier, to paint a simple picture of untapped opportunity in the blockchain space would be misleading. While decentralised data storage has clear advantages, there are obstacles to overcome.

For example, up to now, the main activity within the blockchain data storage and management space has concerned file storage. Companies such as Storj and Filecoin amongst others have raised significant funds to build blockchain-based file storage solutions. However, as we all know, files are only one element of the data storage landscape.

While these solutions work well for large, arbitrary files, they are not suited to quickly finding and retrieving the smaller data fields that makeup microtransactions, which are of a fixed size, grouped, structured and easily accessed via mobile download speeds.

There is also the difficult question of immutability on the blockchain. While it is often hailed as a great benefit of the technology, developers know that it can also be a tricky topic. In fact, many will be aware of software projects that they’ve worked on where immutability, as a rule, would have been an unacceptable constraint.

As a result of these twin issues, many ‘decentralised’ app developers have had to resort back to the centralised data storage solutions they had previously used. However, by focusing on the benefits of decentralisation and transposing them onto the real world situation that app developers face, an ideal solution can be found.

How decentralised data storage should work

The best aspects of blockchain can be combined with decades-mature database science to implement decentralised data storage that is mutable and therefore fit for the purposes of decentralised app developers.

This can occur through a combination of sharding and swarming. Sharding occurs when datasets are partitioned into logical chunks for storage and retrieved to be reformed, much in the same way as torrents work. Swarms are groups of individual nodes across which individual shards of data are replicated. If one node in a swarm fails, the other nodes on which the shard is replicated can still function as normal.

As a result, a decentralised database will have vastly superior performance, reliability, scalability and security characteristics. For example, it will be able to consistently offer great performance during peak times but not require the same amount of hardware to be committed during low usage times.

App developers who are finally able to make their apps truly ‘decentralised’ aren’t the only ones to benefit either. Such a system could completely disrupt the existing business model for cloud storage by introducing rewards for individual device owners.

This is because one of the dynamics that runs in parallel to blockchain is that of a tokenised economy, where digital assets representing value are exchanged through secure cryptographic consensus. In a world of decentralised data storage, individual device owners could be rewarded for opening up their spare capacity using such a model. The big centralised oligopoly that exists today could be replaced by a flexible and cost-effective network of distributed nodes working together, with users scaling database resources as their needs increase without having to manually manage servers and pay upfront for peak hardware costs.

Such a future is much closer than many IT and web operations leaders currently believe. However, with a predicted 30 billion connected devices by 2020 and a whole raft of well-funded crypto-companies building decentralised applications to connect this information, maybe it’s time to start taking decentralised data storage more seriously.