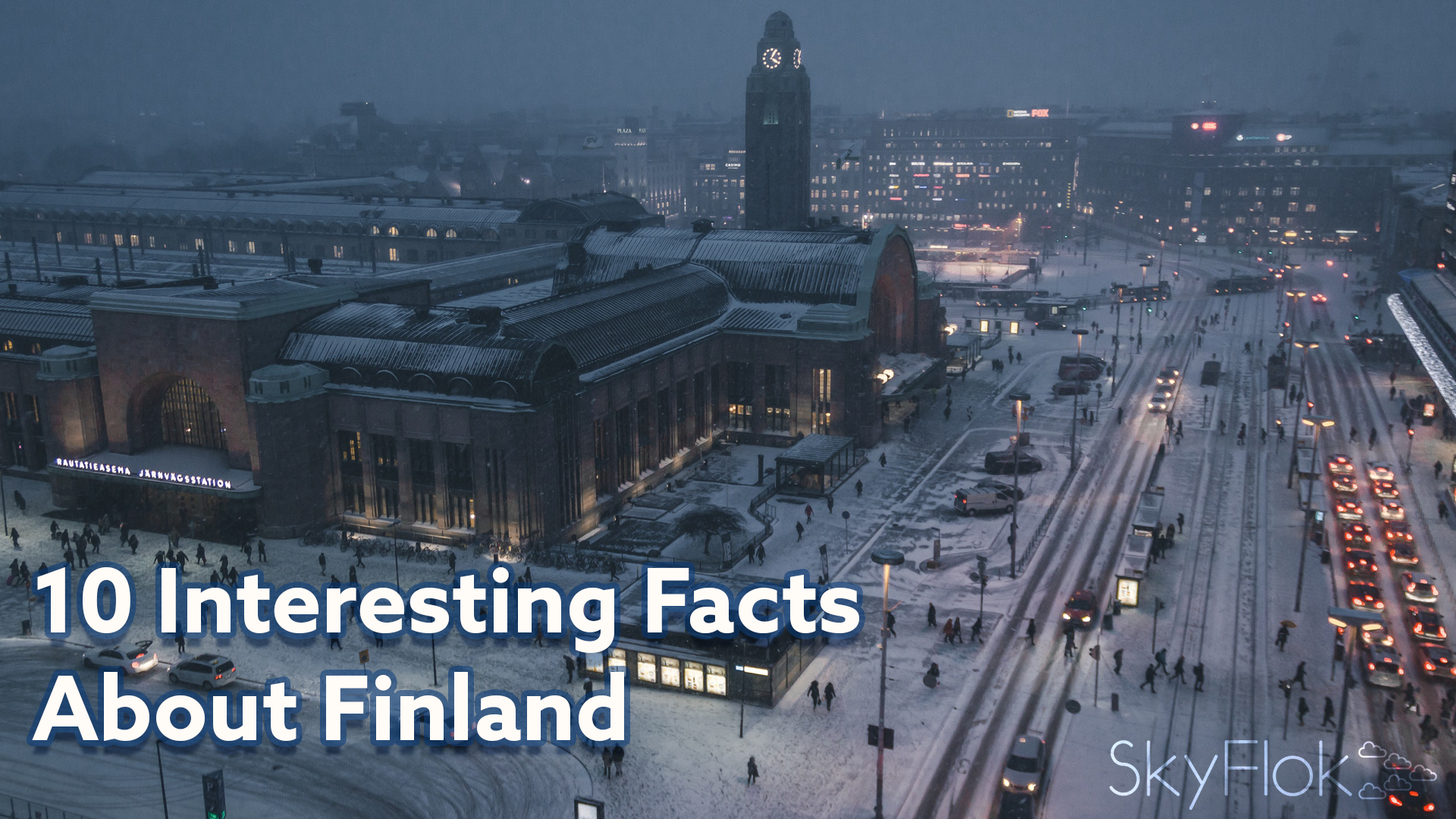 Following our series of articles on SkyFlok available Cloud locations, today we focus on another country: Finland. Let us look at some interesting facts of one of our newest additions to our list of available Cloud storage locations.

Here are 10 interesting facts about Finland.

1. Finland takes Albert Einstein’s wise words “A person who never made a mistake never tried anything new” seriously. The country has declared October 13th the National Day of Failure to celebrate life setbacks as a natural path toward success.

2. The Finnish language is one of the ten most challenging languages in the world to learn and translate. It’s no wonder, when a noun can have over 200 forms or when one of the longest words is “epäjärjestelmällistyttämättömyydellänsäkään”!

3. The Finnish language can also claim the world’s longest palindrome, a word that is spelled the same forwards and backward – “Saippuakivikauppias”. The word is used to describe a dealer in lye or soapstone.

4. The word “Sauna” is Finnish, so no matter where you enjoy this purifying experience throughout the world, you can thank Finns for the name. It’s also the only Finnish word making it into everyday English language.

5. The Finnish Sauna is a critical piece of the country’s heritage, with over 2 million saunas in Finland – approximately one per household.

6. Finland’s parliament has it’s own sauna wherein officials can debate, and Finn’s abroad also have the luxury of saunas inside their diplomatic buildings.

7. Finland is home to the midnight sun, where in June and July the sun stays above the horizon, casting a white light even in the middle of the night.

8. One of the most endangered seal populations in the world makes their residence in one of Finland’s lakes (Lake Saimma). Only about 320 of the Saimaa Ringed Seals are estimated to remain.

9. Finland is THE place to see the Northern Lights. Each year, the Aurora Borealis appear more than 200 times in the skies above the Finnish Lapland.

10. Whether it’s a few minute ride you want or a safari, you can explore the Finnish Lapland via the transport of reindeer or huskies. Bundle up!