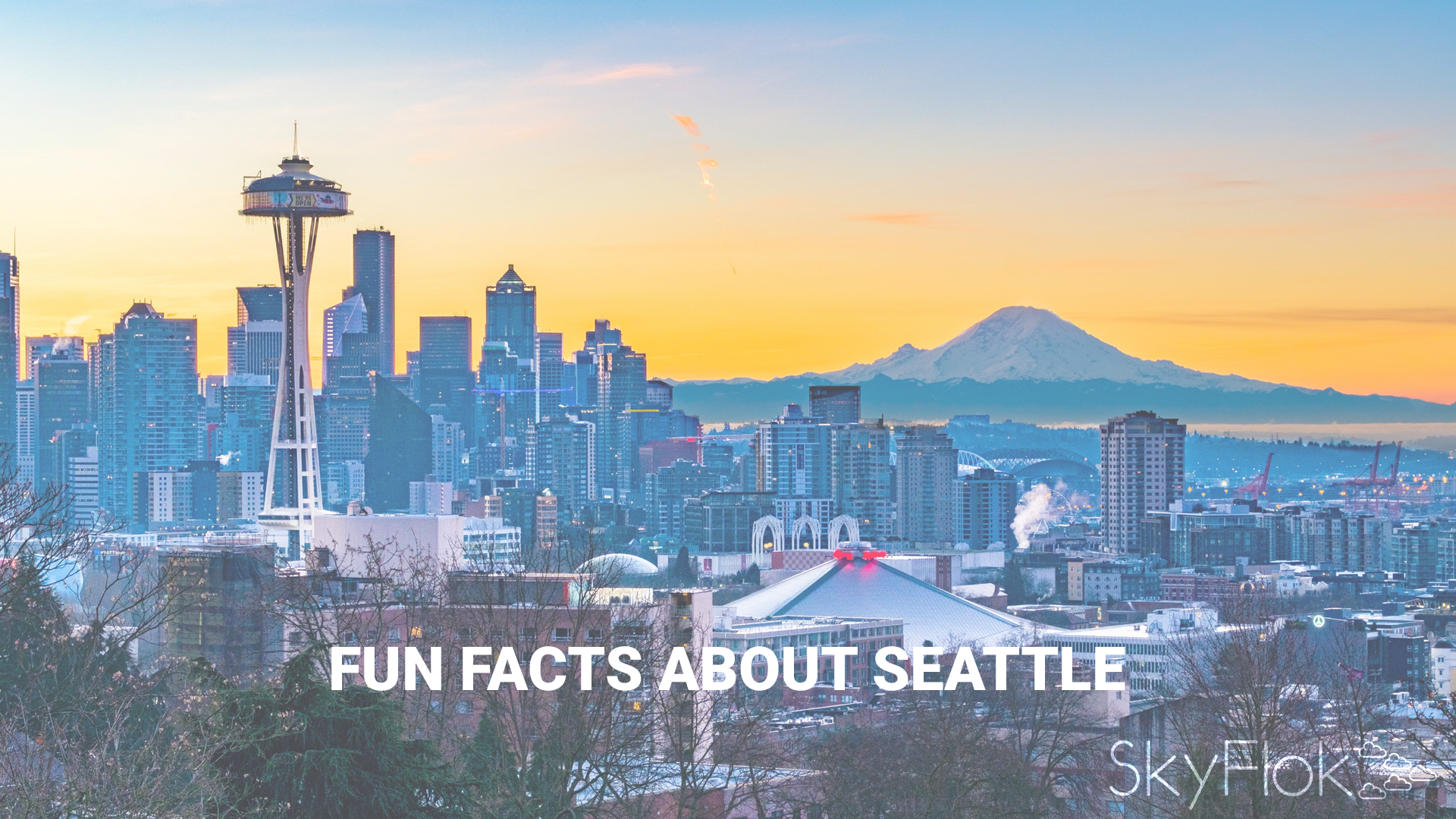 Did you know that Seattle is the birthplace of Starbucks, the world’s largest coffee chain?

Seattle is another city included in SkyFlok’s list of reliable Cloud locations where our clients can store securely their files.

Here are 10 fun facts about Seattle:

1. The land that is now the city of Seattle has been inhabited for at least 4,000 years.

2. Seattle is the birthplace of Starbucks, the world’s largest coffee chain. You can buy a unique mug (if you collect them) at the original Starbucks in Pike Place Market, first opened in 1971.

4. Medina is the home of the United States’ wealthiest man, Bill Gates, co-founder and former chairman of Microsoft. Mr. Gates has a net worth of $72 billion, according to the September, 2013 Forbes ranking.

5. Seattle is home to the world’s first gas station, opened on East Marginal Way in 1907.

6. Seattle is ranked the most literate city in the country, with the highest percentage of residents with a college degree or higher.

7. People in Seattle buy the most sunglasses per capita than any other U.S. city.

8. Seattle was the first city to have police on bicycles.

9. The largest man-made island in the U.S. is Seattle’s Harbor Island.

10. The Boeing Company, founded in the Seattle area by William Boeing, was originally a boat company. Mr. Boeing was fascinated with flying and airplanes.