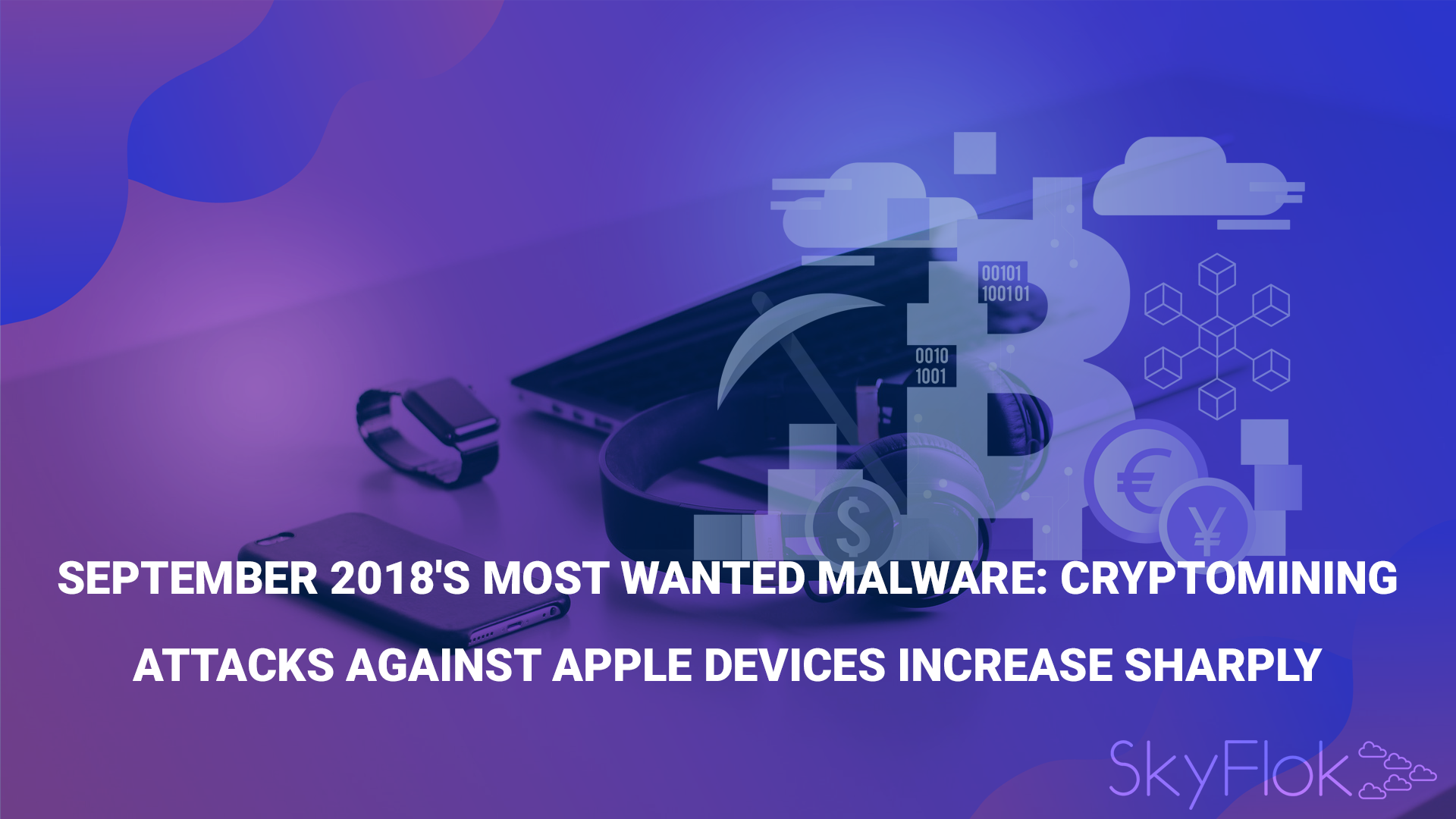 At SkyFlok we do not compromise the privacy and security of your files or your customer’s data. We use innovative cloud technologies to spread your data across multiple providers and locations to make sure it remains encrypted and private, even if individual providers might be compromised. No single provider has enough information to compromise your privacy.

SkyFlok also provides you with a backup plan in case of file corruption, internal or external attacks on your data. Join us!

These attacks are using the Coinhive mining malware, which continues to occupy the top position in the Index that it has held since December 2017.

Coinhive now impacts 19% of organizations worldwide. Check Point’s researchers also observed a significant increase in Coinhive attacks against PCs and devices using the Safari browser, which is the primary browser used by Apple devices. The Cryptoloot mining malware climbed to 3rdth place in the Threat Index, becoming the second most prevalent crypto-miner in the index. Cryptoloot aims to compete with Coinhive by asking a smaller revenue percentage from websites than Coinhive.

“Crypto-mining continues to be the dominant threat facing organizations globally,” Maya Horowitz, Threat Intelligence Group Manager at Check Point commented. “What is most interesting is the four-fold increase in attacks against iPhones, and against devices using the Safari browser during the last two weeks of September. These attacks against Apple devices are not using new functionality, so we are continuing to investigate the possible reasons behind this development”.

“In the meantime, attacks such as these serve as a reminder that mobile devices are an often-overlooked element of an organization’s attack surface, so it’s critical that these devices are protected with a comprehensive threat prevention solution, to stop them being the weak point in corporate security defenses.”

During September 2018, Dorkbot – the trojan that steals sensitive information and launches denial-of-service attacks, remained in second place with a global impact of 7%.

September 2018’s Top 3 ‘Most Wanted’:
*The arrows relate to the change in rank compared to the previous month.