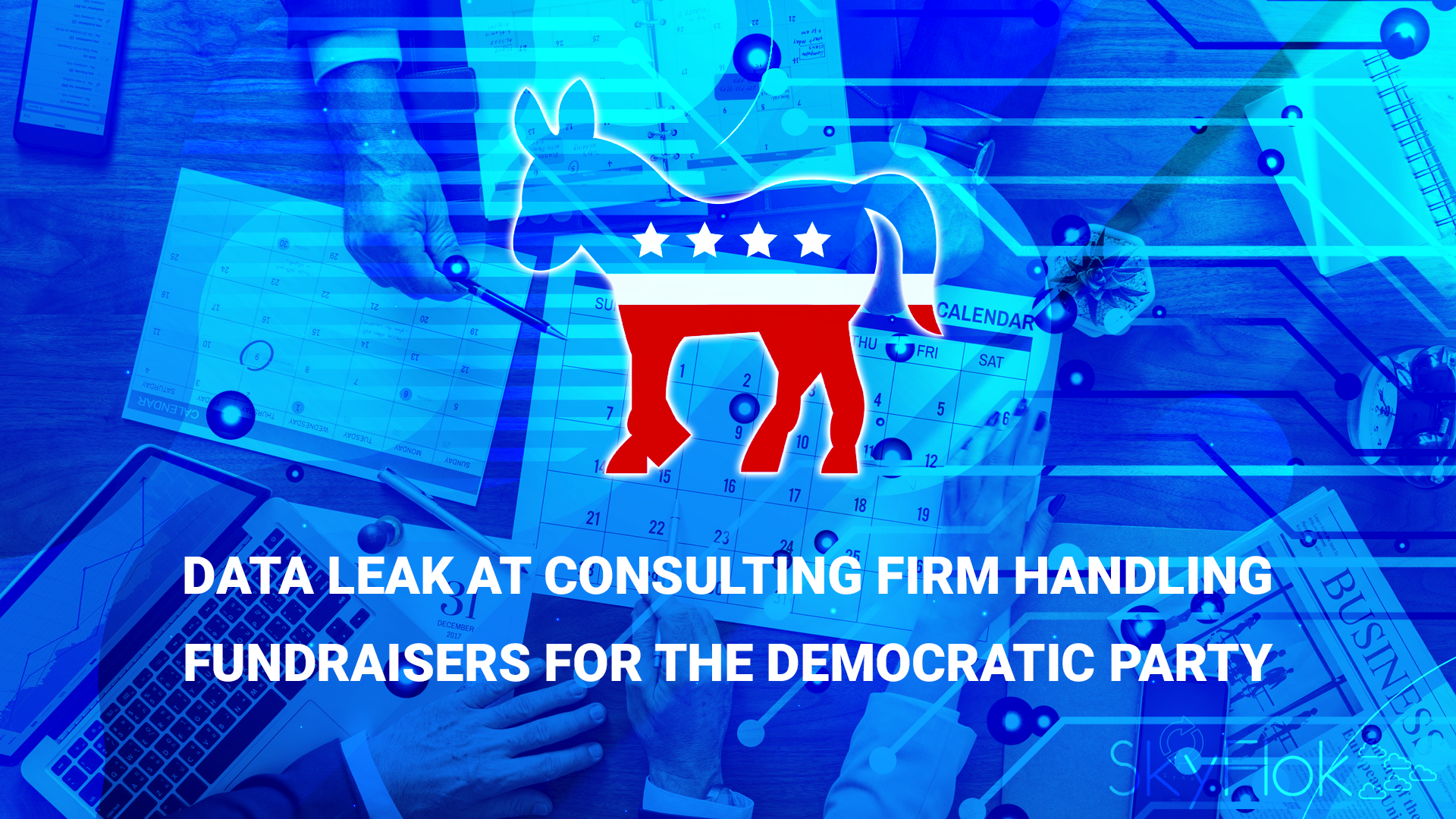 Protect your sensitive or confidential client data from unauthorized disclosure with our secure storage and sharing service SkyFlok.

Our innovative cloud technology allows us to distribute the data across multiple locations and providers, which means that an attacker needs to compromise multiple Cloud providers before having any chance to look at the files. Your clients’ data is safe and you keep full control over it.

The exposed data was found last week by Bob Diachenko, Director of Cyber Risk Research at Hacken, a cyber-security research firm, during a cursory Shodan search.

Diachenko tracked down the exposed NAS to Rice Consulting, a consulting firm that claims to have raised over $4.32 million over the 2017 fundraiser season for Maryland Democrats.

The NAS, which was left exposed online without a password, contained detailed information on Rice Consulting clients, including in-depth details on thousands of past fundraisers.

The Hacken researcher says the “most significant asset” found on the NAS was a collection of username and password combos for NGP accounts.

NGP is a privately-owned voter database used by the American Democratic Party. These credentials supposedly granted access to NGP accounts created on a per-fundraiser basis. The accounts, in turn, supposedly allowed access to voter records used for those respective fundraiser campaigns.

“We suppose that NAS information could have been accessed by non-authorized and even malicious actors,” Diachenko said in a report published earlier today.

The researcher also said that getting the consulting firm to secure its device was also a problematic process. Rice Consulting did not reply to emails or phone calls from Diachenko and other researchers and journalists he enlisted to help.

The company did secure its NSA device on October 18, when it also sent Diachenko a short “thank you” note via email.

A CyberScoop reporter managed to get a lengthier reply during a phone call when a Rice Consulting employee said “there’s no one here who can tell you anything,” and then proceeded to hang up the phone like it did to Diachenko and the others.