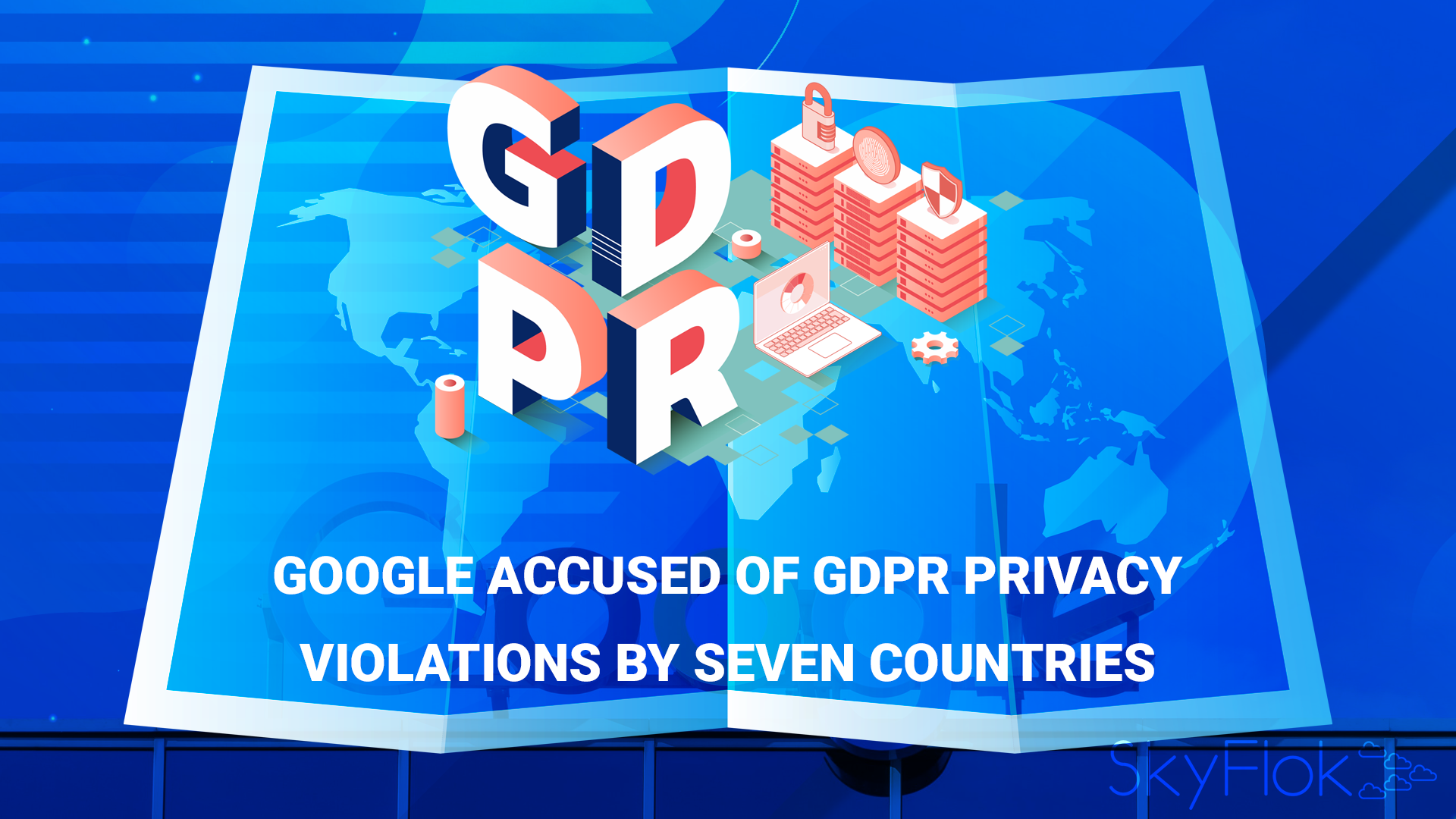 The European Consumer Organisation (BEUC), of which each of the groups are a member, claims that Google’s “deceptive practices” around location tracking don’t give users a real choice about whether to enable it, and that Google doesn’t properly inform them about what this tracking entails. If upheld, the complaints could mean a hefty fine for the search giant.

Data privacy becomes even more crucial in today’s digital world and non-compliance with privacy regulations can put many businesses at risks.

In SkyFlok we believe that privacy comes first. Our solution puts you in the driver seat to control where in the world your data is stored and protecting its privacy at all times. SkyFlok intelligently spreads your files over multiple providers of your choice, and prevents any single Cloud provider from disclosing your data. Choose from any of our GDPR compliant locations in Europe, Canada, and the USA and, in the near future, with GDPR-compliant locations all around the globe.

The complaints, which each group has issued to their national data protection authorities in keeping with GDPR rules, come in the wake of the discovery that Google is able to track user’s location even when the “Location History” option is turned off. A second setting, “Web and App Activity,” which is enabled by default, must be turned off to fully prevent GPS tracking.

The BEUC claims that Google uses “deceptive practices” to get users to enable both these options, and does not fully inform users of what doing so entails. As such, consent is not freely given.

Responding to the complaints, Google said that Location History is turned off by default, and that it makes clear that disabling it does not prevent all location tracking. It said that it intends to read the report to see if it contains any information for it to take on board.

Google is not the only tech giant to be facing a major GDPR complaint. Earlier this year, the Irish data privacy commissioner said it would be investigating Facebook over a security breach that affected 29 million accounts. As a new piece of legislation enacted in May, GDPR violations are still relatively untested in courts so it’s unclear exactly how strong of a case these seven consumer groups have. If successful, GDPR states that Google might be liable to pay a fine of up to four percent of its global revenues, which would be over $4 billion based on its 2017 filings.