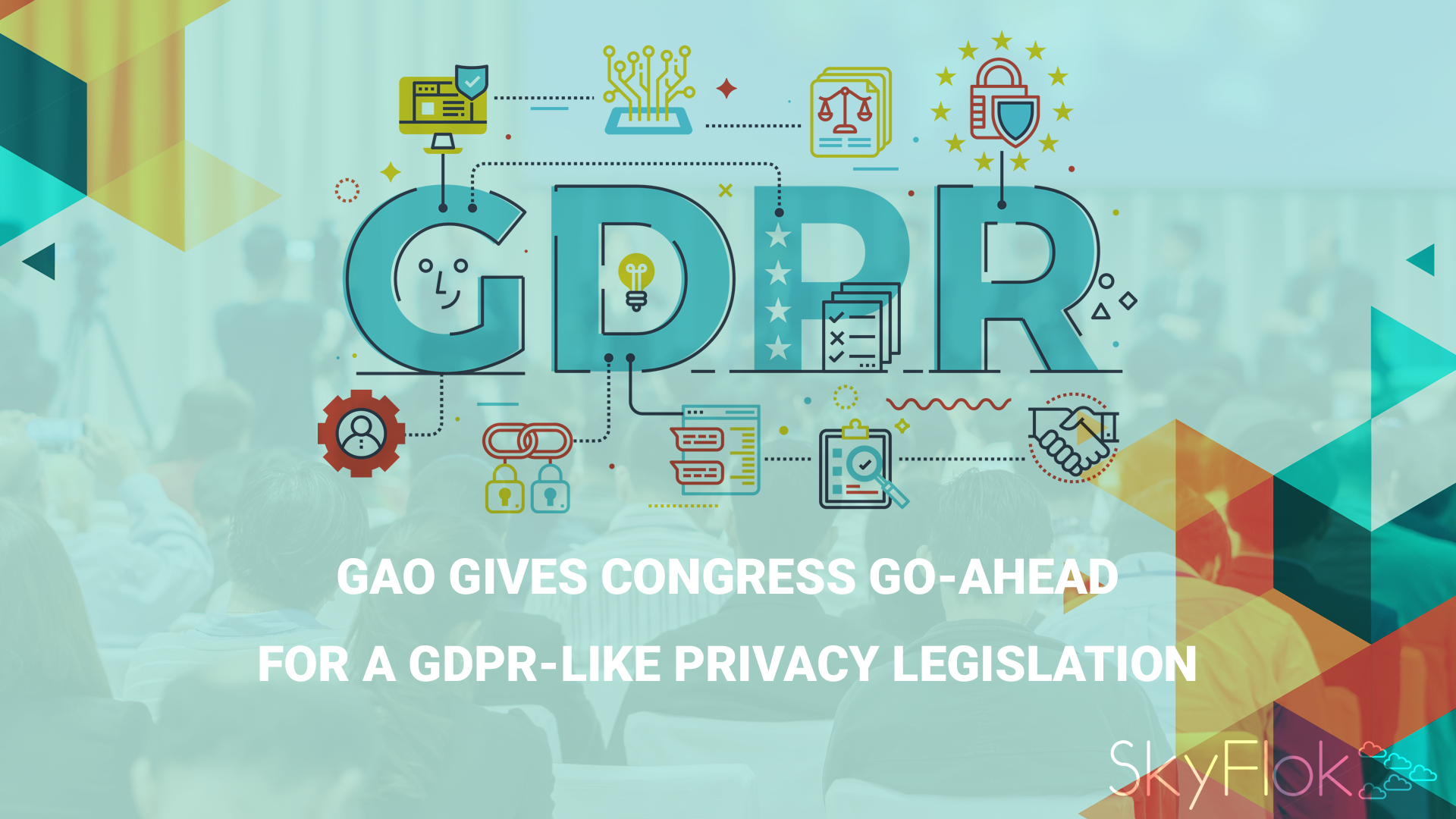 Data privacy has always been important. It’s why people put locks on filing cabinets and rent safety deposit boxes at their banks. But as more of our data becomes digitized, and we share more information online, data privacy is taking on greater importance and new regulations have been introduced in order to protect users’ privacy.

Be prepared to comply with privacy regulations and ensure security with the next-generation of cloud storage and sharing service – SkyFlok!

The 56-page report was put together by the US Government Accountability Office (GAO), a bi-partisan government agency that provides auditing, evaluation, and investigative services for Congress. Its reports are used for hearings and drafting legislation.

The House Energy and Commerce Committee, which requested the GAO report two years ago, has scheduled a hearing for February 26, during which it plans to discuss GAO’s findings and the possibility in drafting the US’ first federal-level internet privacy law.

If the committee’s members would be to follow GAO’s conclusions, a GDPR-like legislation should be coming to the US.

They recommended that the Federal Trade Commission (FTC) be put in charge of overseeing internet privacy enforcement.

The FTC has already been doing this, but its authority and enforcement abilities have been limited, intervening in only 101 internet privacy-related cases in its entire history, despite rampant abuse reported by users and media. The new law should give the FTC more teeth in hunting user privacy abusers, GAO argued.

Supporting its conclusions for a though internet privacy law, GAO investigators cited the Facebook Cambridge Analytica scandal, but also its own previous reports about: