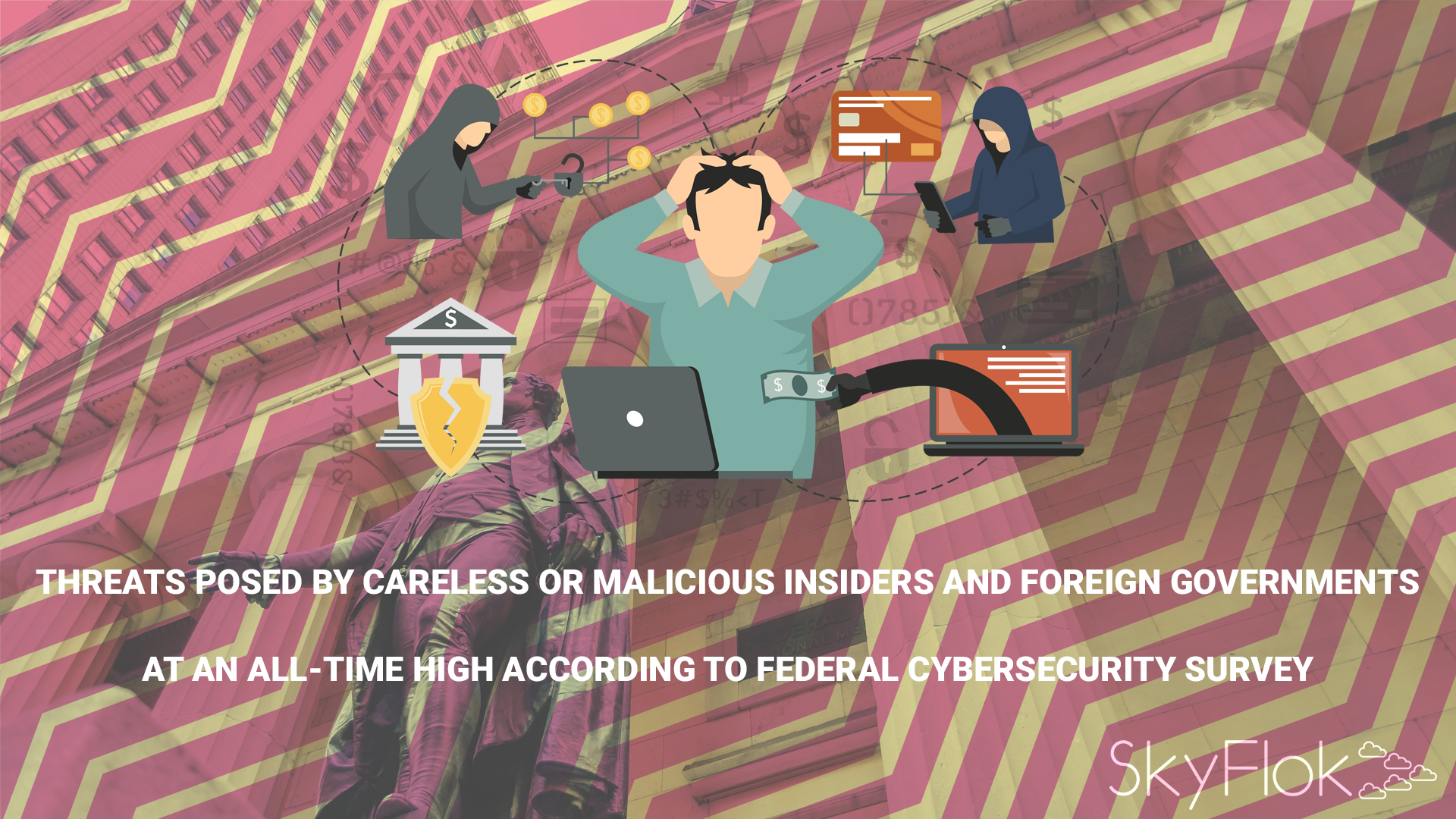 Interest in IT security occurs only after an incident. Then after the dust settles, it’s back to the same business as usual. No true concrete steps are taken, according to Directorate Executive, ATF. Take real steps for securing your data with SkyFlok!

SkyFlok provides protection against cyberattacks and remove the need to trust any single cloud provider. Choose the locations and providers where your and your client’s data is stored. You are in control of your files. Since SkyFlok does not store a single file in a single provider, this means that an attack in any single Cloud location does not compromise your data. Finally, we keep all past versions of your files, which means that you can always easily go back to them.

SolarWinds, a leading provider of powerful and affordable IT management software, today revealed the findings of its fifth Federal Cybersecurity Survey.

“This year’s results demonstrate the challenges facing government IT security pros, but also the progress they’ve made in meeting those challenges,” said Jim Hansen, VP of Products, Security and Cloud, SolarWinds. “The risk posed by careless untrained insiders and foreign governments is at an all-time high, yet for the most part, IT pros feel like their agencies are doing good jobs with their IT security. In particular, they believe that government mandates and investments in training are paying dividends.”

2019 Key Findings for the Federal Sector

IT security threats posed by careless/untrained insiders and foreign governments have risen substantially over the last five years.