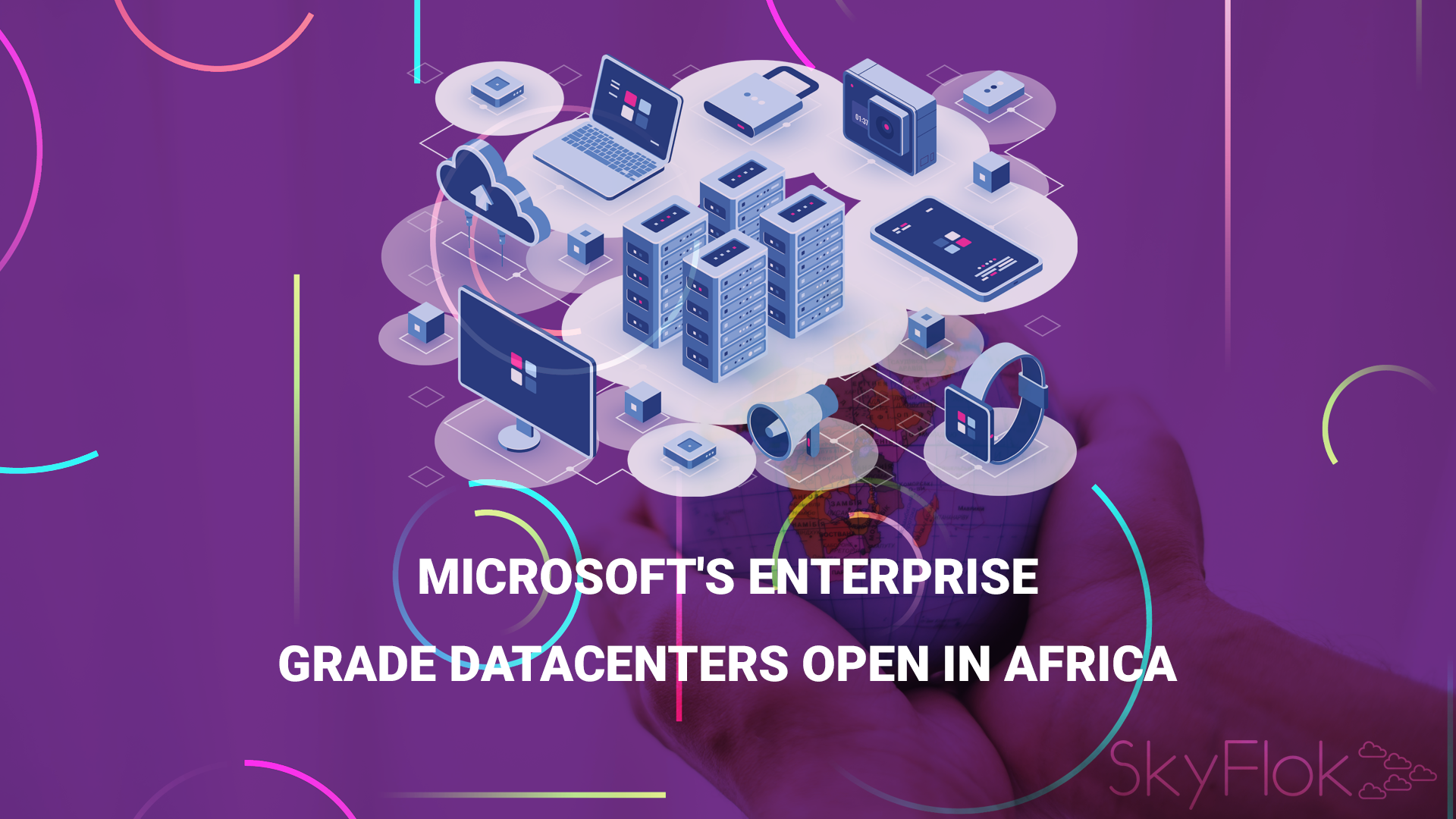 Want to choose where your data is stored? Check out SkyFlok’s cloud locations and select your preffered locations. We are offering 32 locations currently and are continuously adding more. See locations here.

The companies in these areas will be able to take advantage of Microsoft Cloud services. A few of the benefiting organizations include Nedbank, Peace Parks Foundation and eThekwini water. Those same organizations were the original companies pushing for Microsoft to come to their region, which will help the entire continent.

For Africa, the benefits will be abundant. The Microsoft Cloud includes Azure, Office 365 and Dynamics 365 to these areas that previously went without international cloud services. This leap will allow local companies to expand beyond their current horizons and make a great impact on the local economy. The adoption of these cloud services will also create about 112,000 new jobs in South Africa by 2023.

To the rest of Africa, this will mean a lot for organizations looking to help the people of the continent. In 2013, Microsoft 4Africa was created to invest in small businesses and youth. Today, with Microsoft Cloud technology, organizations like this will be able to push much further, creating a powerful impact not only in Africa but around the world.

Microsoft has also made it easy for prospective companies to get involved with the cloud so that they can start pushing forward immediately. The global, secure and sustainable cloud Microsoft is offering thus far found nowhere else in Africa, and other companies are already leaping on board with the prospect.

Microsoft Cloud is available in 140 countries with 44 regions worldwide. Aside from the two in Africa, there are 20 in North America, one in South America, 14 in Europe, 15 in Asia and four in Australia. In addition to all of these centers, there are 10 planned regions currently in progress and two secret locations that are undisclosed.

For data professionals outside of Africa, getting businesses or relationships started in the continent will now easier than ever. Thanks to Microsoft’s access around the globe, the businesses already there will branch out while businesses elsewhere can take advantage of the growing economic region. Placing businesses there from the outside could help with the local job market as well as broadening the scope of business around the world.

Microsoft has already connected over 161,000 kilometers or 100,000 miles with terrestrial fiber and subsea cabling. With the South Africa datacenters, they now have network access in Egypt, Kenya and Nigeria with expansions planned soon for Angola. South Africa won’t be the only country to benefit from this new development, as the whole continent will have a chance or several to jump on board.

The cloud and data is the next step forward for big businesses to get a foothold on the global market. Providing Africa access to their already established global network means that Microsoft is going to help the economy all over the world. With cloud computing eliminating a lot of costs, small businesses will even have a better shot than they ever did.

With the enterprise-grade datacenters, the companies will have both a global and local presence. Microsoft Cloud and Azure will connect these businesses with consumers on the other side of the world. However, Azure is the only one available for now. Office 365 is expected to be released in the third quarter of 2019 with Dynamics 365 following in the fourth quarter.