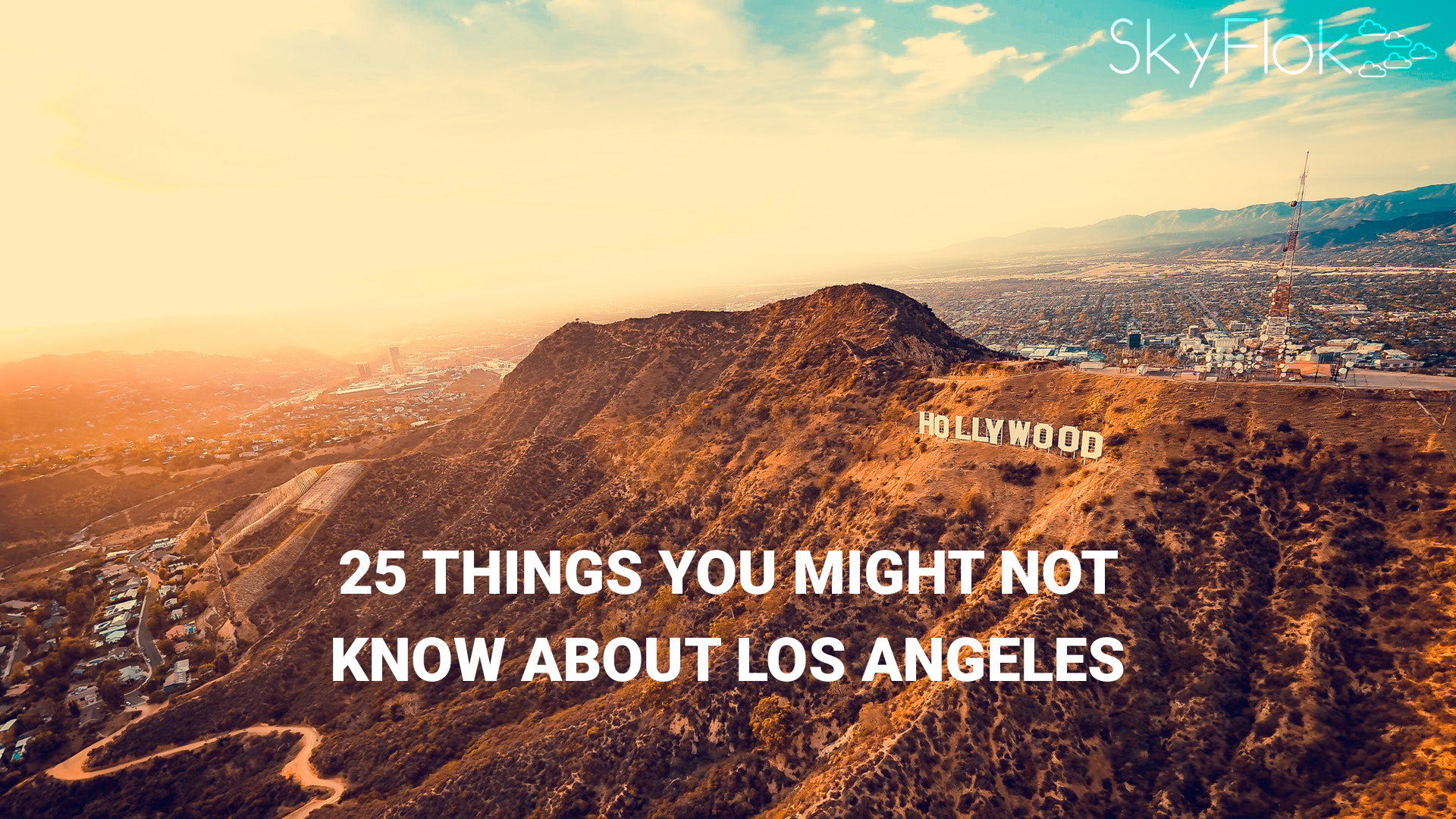 You know the Hollywood sign, the Lakers, and the traffic, but here are a few Los Angeles nuggets that may have slipped past you.

Los Angeles is another city included in our list of available Cloud storage locations where our clients can store securely their files.

1. When LA was founded, the city’s full name was “El Pueblo de Nuestra Senora Reina de los Angeles sobre el Rio Porciuncula.” (If your Spanish is rusty, that translates to “The town of our lady queen of the angels on the Porciuncula River.”)

3. By 1923, Los Angeles produced one quarter of the world’s oil. It still sits atop the third largest oil field in the country!

4. An oil derrick on the property of Beverly Hills High School produces about 400 barrels a day. The school earns about $300,000 a year in royalties.

5. Not many people consider visiting the coroner to finish their holiday shopping. But if you do, the LA coroner’s office has a gift shop.

6. When it rains in LA, it pours. On April 5, 1926, a gauge in the San Gabriel Mountains collected an inch of rain in just one minute.

8. How did the film industry end up in LA? To get away from Thomas Edison. Edison—who lived in New Jersey—held most of the country’s film patents. Filmmakers fled westward to avoid Edison’s intellectual property claims.

9. Beverly Hills started out as a modest lima bean ranch.

10. And Santa Monica Pier was originally designed to protect a sewage pipe that dumped treated sewage into the ocean.

11. In 2006, a new tar pit was discovered. It contained the remains of saber-toothed cats, giant sloths, American lions, and a mammoth that was named Zed.

12. If Los Angeles were its own country, its economy would be bigger than Saudi Arabia, Switzerland, and Sweden’s.

13. In 1996, Charlie Sheen bought 2,615 outfield seats at Angels Stadium in nearby Anaheim—so he could catch a home run ball.

15. Tons of stars are buried in Hollywood’s Forever Cemetery. One of them is Looney Tunes voice actor Mel Blanc, whose gravestone reads, “That’s all folks.”

16. It is illegal to lick a toad in the City of Angels.

17. Ever since the zoot suit riot in 1943, the baggy suits have been prohibited in LA.

20. (It was an advertisement for Tinseltown’s latest real estate development.)

21. At just 320 feet long, the Angels Flight incline is one of the shortest incorporated railways in the world.

22. Each spring, the Getty Museum hires goats to maintain the scrub around its manicured grounds.

23. Unlike other baseball stadiums, Dodger Stadium is carved deep into the ground. Parking is available for every stadium level.

24. L.A. is home to the largest boulder ever transported—a 340-ton chunk of granite that hit the road in 2012. It took 11 days to move it just 85 miles to its home at the Los Angeles County Museum of Art.

25. When they were first installed, the steel walls of the Walt Disney Concert Hall reflected so much light that nearby sidewalks hit temperatures of 140°F.