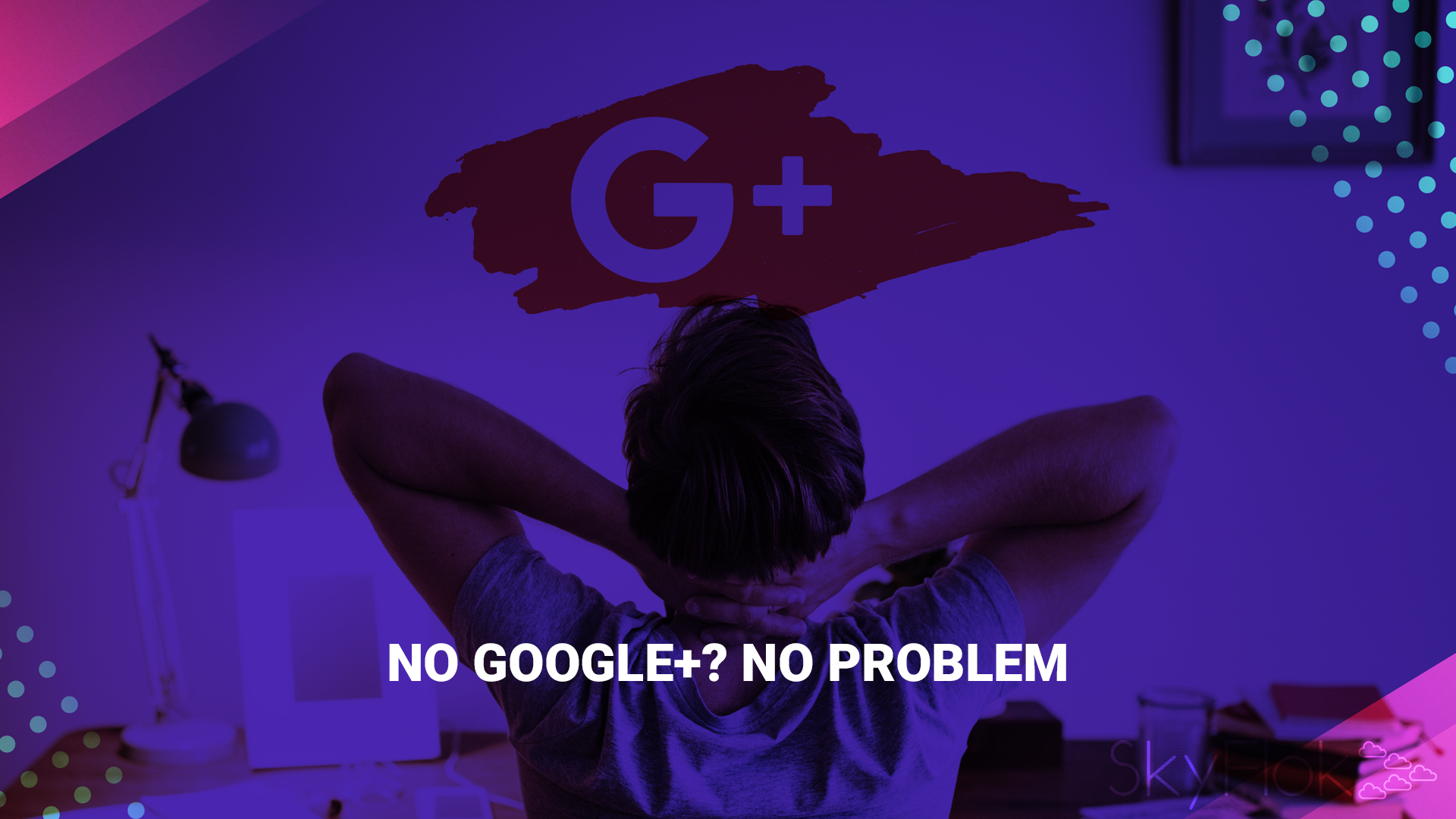 “No doubt you heard about the death of Google+? Google shut it down because of an API vulnerability that would have allowed developers to access private user data.”

Remove the need to trust any provider and protect your private information with a solution like SkyFlok.

We spread your data across multiple  providers and locations and do not store or transport your data through our servers. Doing so, we keep your data fully protected and do not let anyone look into it, even the individual Cloud providers. Moreover, our technology preserves the integrity of your data even if a Cloud location/provider suffers an outage or in the event of a natural disaster.

Rather, Google shut it down because of an API vulnerability that would have allowed developers to access private user data — that is, if anyone had even tried. It doesn’t look like anyone exploited the bug and tapped private data on 500,000 users; however, it appears Google learned about the problem, covered it up, and then decided to kill the social network because Google+ is more trouble than it’s worth.

The Real Problem with Google+

Seriously though, why shut down the entire network because of a problem no one exploited? Google must be taking a practical look at the situation. According to the search engine behemoth itself, “The consumer version of Google+ currently has low usage and engagement: 90 percent of Google+ user sessions are less than five seconds.” The basic gist of Google’s admission is that it’s throwing in the towel because playing the social media game is too hard.

If you’re Google, why focus on a product few people are using when we now know it was also vulnerable to attack? Continuing to trot out that product would be bad PR, especially since Google basically forced Google+ on Gmail users at the outset.

Google is Moving On — with Cisco

This comes at a time when Google is collaborating with Cisco on a new product. “We have over a billion people using our applications,” says David Thacker, VP of Product Management at Google.

In July of 2018, Thacker sat down with Amy Chang, VP of Cisco’s Collaboration Technology Group, for a joint interview with Paul Cheesbrough, CTO at 21st Century Fox. Google and Cisco are collaborating on a communication tool called Webex, which is specifically targeted at the business world. It’s another instance of video on the cloud.

Webex will work with the Google suite of apps, as well as Drive. Thacker told Cheesbrough that “phase two” of the collaboration will involve “transcription, translation, and other AI opportunities in the meeting space.”

There was, of course, no mention of Google+ during the interview. The billion-plus people using Google’s apps aren’t going to miss a social network they weren’t using, especially when there are so many communication options available. For Google and Cisco, now is the time to combine video communication with Google’s AI. Now is not the time to focus on Google+ and integrate it with Webex, because Google+ didn’t have a secure API.

Workplace Communication, the Cloud, and AI

The average user won’t think too much about the fact that Google’s AI will turn their video meeting into a dataset. According to Asset Panda, a company that tracks assets on the cloud, “Thanks to the rich data environment in which we all now work, it’s now possible to put some numbers around our productivity and track it on an ongoing basis.” The unnamed blog writer goes on to observe that workplace communication is being reshaped by the cloud.

This workplace cloud communication state of affairs is what Google is trying to tap, in a new way. The shrewd search engine company realizes consumer social media is not its niche. Google knows how to do AI, Cisco knows how to do web video — voila! A new application to increase productivity and communication.

There’s one problem, however. With the Google+ situation, Google has already shown us it’s willing to recognize a vulnerability in an application and tell no one. “The concern is less about a breach of information than a breach of trust,” says The Verge’s Russell Brandom.

“Something went wrong, and Google didn’t tell anyone. Absent the Journal reporting, it’s not clear it ever would have [Brandom is referring to the The Wall Street Journal’s report that revealed the Google+ bug]. It’s hard to avoid the uncomfortable, unanswerable question: what else isn’t [Google] telling us?”

If Google is going to use its AI to transcribe workplace video meetings, people are going to have to trust the AI with their video meeting data. Can they trust it? Will people want to share secretive company information on a platform that’s being monitored by Google’s AI?

When it comes to communication tech, the video meeting space will be a new challenge for Google’s engineers. Hopefully, they learned an important lesson from the demise of Google+.