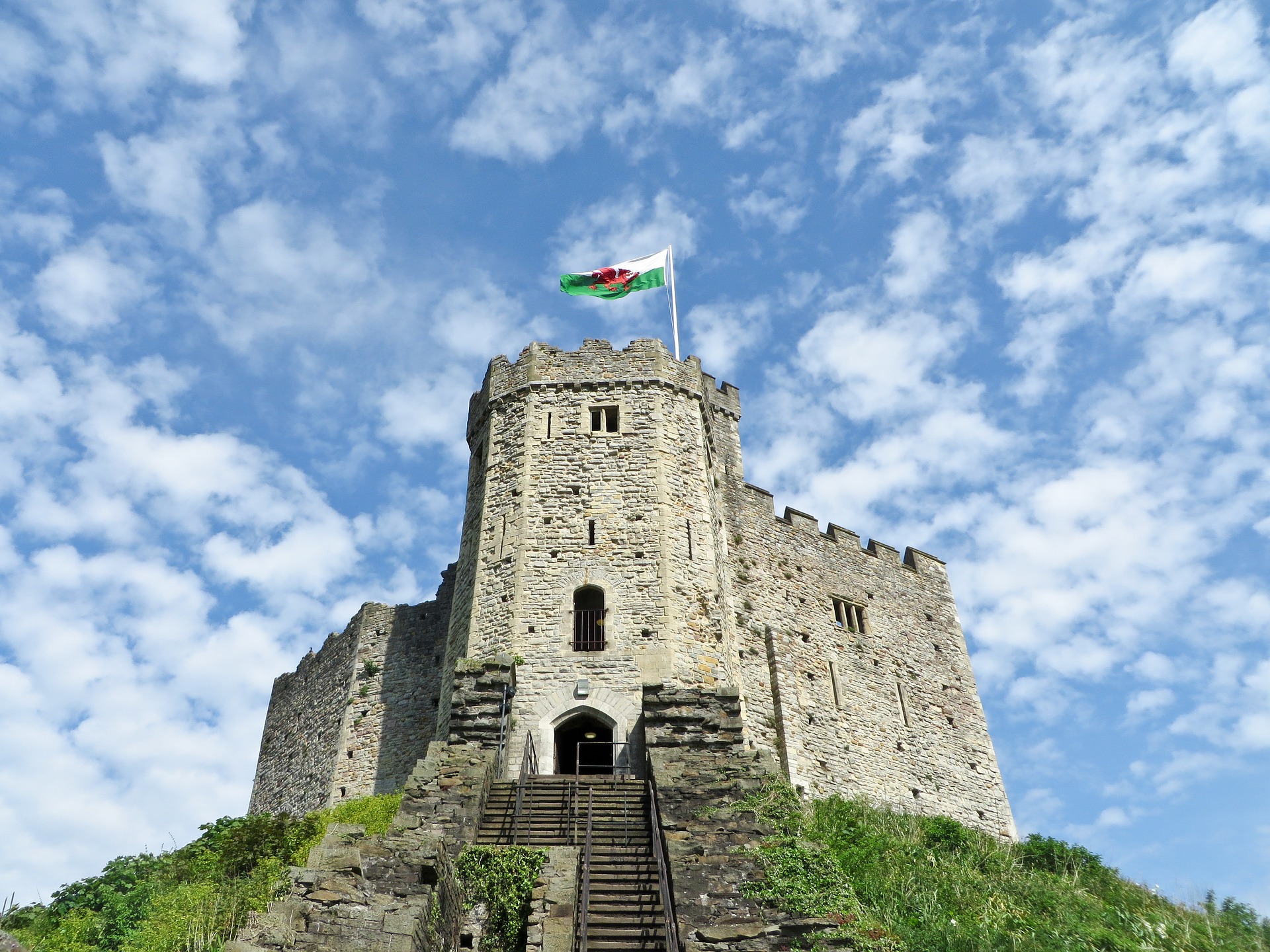 Did you know that Cardiff claims to have the most castles of any city in the world? You can find this and some other interesting facts in our article today where we put our focus on Cardiff– another city included in our list of cloud storage locations available to our customers.

The capital of Wales, archaeological evidence suggests that people lived in the area as early as 6,000 years ago. Things began to solidify with the founding of a Roman Fort and later with William the Conqueror’s invasion and the construction of Cardiff Castle. The city built itself around the castle and became its political center. The construction of the Cardiff Docks in the late 18th and early 19th Centuries brought new trade and wealth to the city, a status officially granted by King Edward VII in 1905, with official recognition as the capital in 1955. Today, Cardiff is a thriving metropolis and a centre of economy, culture, history, and more.

With a population of roughly 354,294, it is the largest city in Wales and the ninth largest city in the United Kingdom. Of course, that’s just the people who live there. Cardiff sees over 18 million visitors per year.

Sitting on the Dock of the Bay

One of Cardiff’s largest tourist attractions is Cardiff Bay, which is also the largest waterfront redevelopment project in Europe. The project was started by the Cardiff Bay Development Corporation in 1987 to improve 2,700 acres of derelict land, which was completed in 2000. Newer buildings constructed since the corporation wound up in 2000 include St. David’s Hotel & Spa, the Wales Millennium Centre, and the Senedd, home to the Welsh National Assembly.

Cardiff claims to have the most castles of any city in the world. Including Cardiff Castle, the city itself has at least three still standing (Castell Coch and St. Fagans Castle) while the surrounding Glamorgan County has another twenty-three.

The oldest record store in the world can be found in Cardiff. Spillers Records was opened in 1894 and though it’s not in its original location, you can find it at no. 27, The Morgan Arcade—just twenty feet away from its previous spot. The original Spillers was in the Queens Arcade, moved to the Hayes in the 1940s, then to Morgan Arcade in the 21st Century. The store originally sold wax cylinders for the photograph.

A Nice Place to Visit

Yours Magazine voted Cardiff as one its top places to visit in 2009 based on its attractions and their close proximity to each other.

Plenty of well-known individuals come from Cardiff, including: singer Shirley Bassey, author Roald Dahl, footballer Ryan Giggs, singer Charlotte Church, infamous pirate Henry Morgan (aka Blackbeard), comedian Griff Rhys-Jones, and writer Terry Nation, the creator of the Daleks. Other famous persons simply passed through on their way to greatness or came to live in the city, such as Anthony Hopkins (graduated from the Royal Welsh College of Music & Drama).

Cardiff is also the mouth for the River Severn, which flows for 220 miles and begins at Plynlimon, the highest point of the Cambrian Mountains.

Approximately ten percent of the city’s population can understand the Welsh language, in contrast to twenty-one percent of the total Welsh population. Modern Welsh is a descendant of Common Brittonic. For many centuries, even after the Norman invasion, large groups of people spoke only Welsh, but it gradually began to die out. This and a nationalist campaign in the 20th Century led to the Welsh Language Act of 1993 and the Government of Wales Act of 1998 to make Welsh one of the nation’s official languages and give it equal treatment in the public sector with English.

Held since 1963, the Britain in Bloom campaign was created to encourage greater horticultural in the UK. Cardiff has won the campaign’s award for “Large City” twice, in 1988 and 2005.

Since Doctor Who was brought back to television in 2005, its home has been with BBC Cardiff. The city has been featured in multiple episodes of the program since, including “The Unquiet Dead”, “Boom Town”, “Utopia”, and “Last of the Time Lords”. Other shows spun out of Doctor Who since its return have also filmed in Cardiff, including “Torchwood” and “The Sarah Jane Adventures.” The Doctor Who Experience is an interactive exhibit that has been located in the city since 2012 and includes costumes, props, and even a full TARDIS console room set.