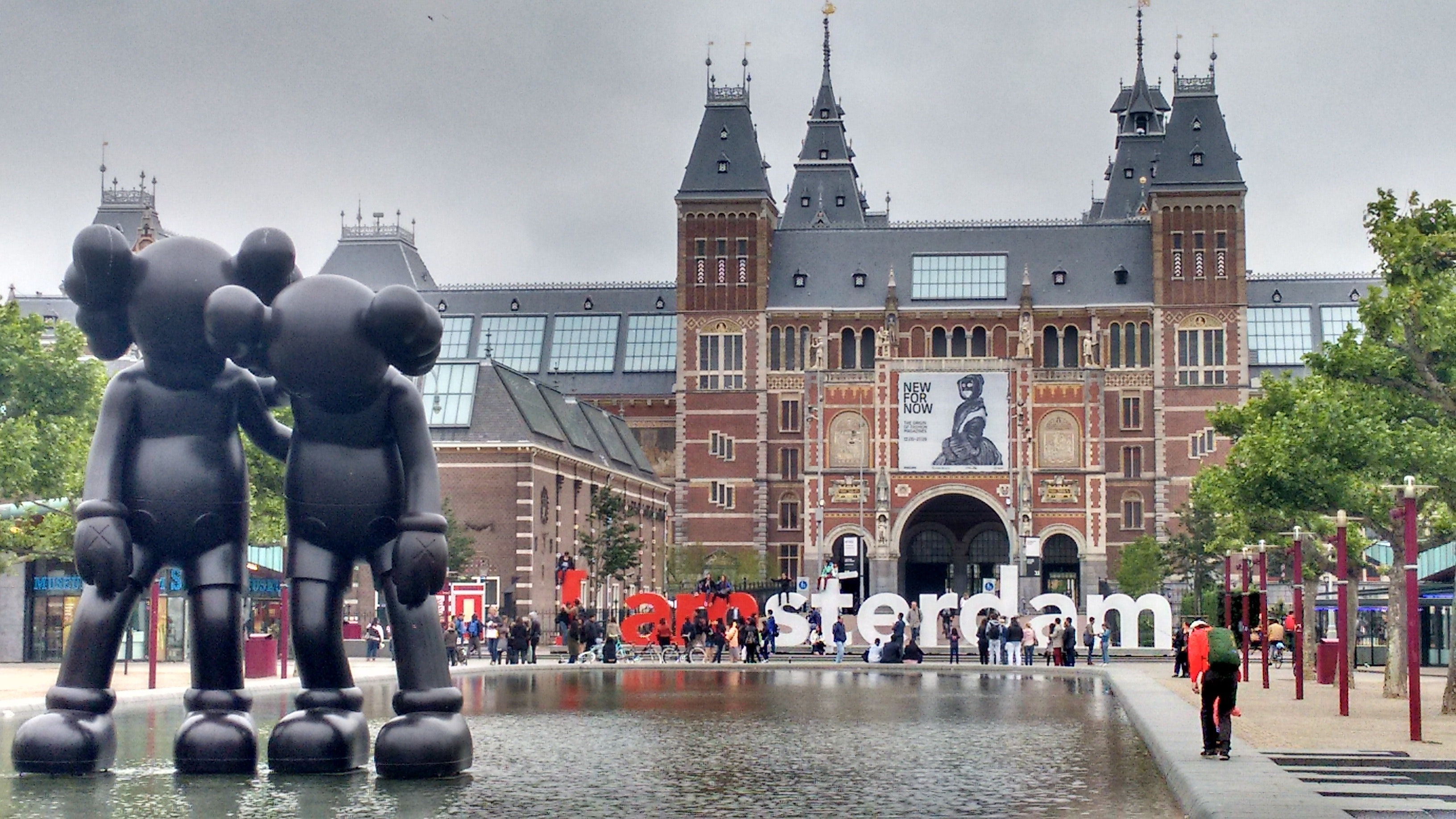 Did you know that the average house in Amsterdam sits on between 5 and 10 support poles?

In today’s article we look into 15  facts about Amsterdam– another city included to our list of available Cloud storage locations for our customers.

The whole of Amsterdam plus some more is entirely built on water. In fact you might notice how some buildings are a bit lop-sided – it’s because the soil underneath is so swampy.

Buildings in Amsterdam actually have to be built on long poles that get dug deep into the ground to prevent them from sinking right down underwater.

They used to use wooden poles but now they use concrete. It’s a long and loud process… we know because it was going on right opposite our house the whole time we stayed in Amsterdam!

2. Amsterdam Has Poles – And Lots Of Them

The average house in Amsterdam sits on between 5 and 10 support poles. Now think about the Royal Palace in Dam Square. How many poles did it take to support that big bugger?

In fact, the city of Amsterdam lay’s upon around 11 million support poles all up!

Here’s a fun fact for you – Amsterdam is home to highest number of nationalities out of any city in the world.

In Amsterdam you can ride a minute down the road on your Dutch bicycle, grab an Indonesian curry, eat it while you’re waiting for a haircut in the Turkish barber and then head into town for a beer served to you by an Aussie.

4. People From Amsterdam Speak Many Languages

Because it is such a multicultural city, over 85% of Amsterdam residents can speak more than two languages – usually Dutch, English and sometimes even a third which is quite often German.

Thinking about going on holiday to Amsterdam? If you can speak basic English you’ll have no problem communicating.

This one’s a little more broad but Dutch people in general are ginormous. In fact, they are the tallest people in the world.

Most men average at a height of 184cm while the average Dutch woman towers at 170cm.

Take a look around when you get there and you’ll probably know straight away whether someone is Dutch or not by their incredible height.

6. There Are Bikes Everywhere

Amsterdam is the most bicycle friendly city in the world. In fact, over 60% of trips are made by bicycle in the inner city. You should see it! It’s chaos but fun, healthy and environmentally friendly chaos.

Get this, there are over 813,562 people living within the city limits of Amsterdam, however it is estimated that there are well 1,000,000 bicycles. How bizarre!

7. Amsterdam Say’s No To Smoking… Some Substances

Smoking tobacco in cafés and restaurants was banned in Amsterdam in 2008. But listen here, smoking weed is still allowed in coffee shops. You can smoke a joint but if they catch you with tobacco, look out!

Amsterdam was the first capital city in the world to allow gay marriage which includes all rights and obligations for gay and lesbian couples.

The Netherlands actually opened the doors to same sex marriage in 2001 and within 10 years it saw 15,000 same-sex couples marry legally.

9. Amsterdam Is Full Of Spirit

Again, a little more broad but did you know that gin was invented in the Netherlands? They call it “jenever” which is pronounced yeh-NAY-ver and it came about in the 16th century when it was used for medicinal purposes.

10. Amsterdam Is A ‘Safety first’ City

Amsterdam is one of the top 25 safest cities in the world. Who would have thought, what with all the marijuana and prostitution?

But think about it. All these things we associate with ‘danger’ are completely controlled, which actually wipes any sense of crime off the streets in many cases.

In fact, Amsterdam has a far lower crime rate than most other popular European capital cities! After staying in Amsterdam I would have to admit, it felt like one of the safest and welcoming places I’ve ever been to.

Coffee lovers! Amsterdam residents are the second largest consumers of coffee in the world, consuming around 3.2 cups of coffee per person, per day.

At home I noticed it was generally the crappy watery filtered coffee but if you head to a local café you’ll usually find a little slice of coffee heaven.

While Venice is home to 12 more canals than Amsterdam, Amsterdam is home to 872 more bridges than Venice! It’s often nicknamed “Venice of the North” but I think it could almost go the other way around!

It has even become an Amsterdam tourist attraction!

14. There Is Treasure Lurking Beneath The Amsterdam Canals

The canals of Amsterdam become trash cans for over 30,000 bicycles each year!

Amsterdam is home to the world’s smallest movie cinema – it seats one person! CINEMA41 is a pop-up movie theatre located in a housing complex in the heart of Amsterdam. For 3 euros including popcorn would you do it?