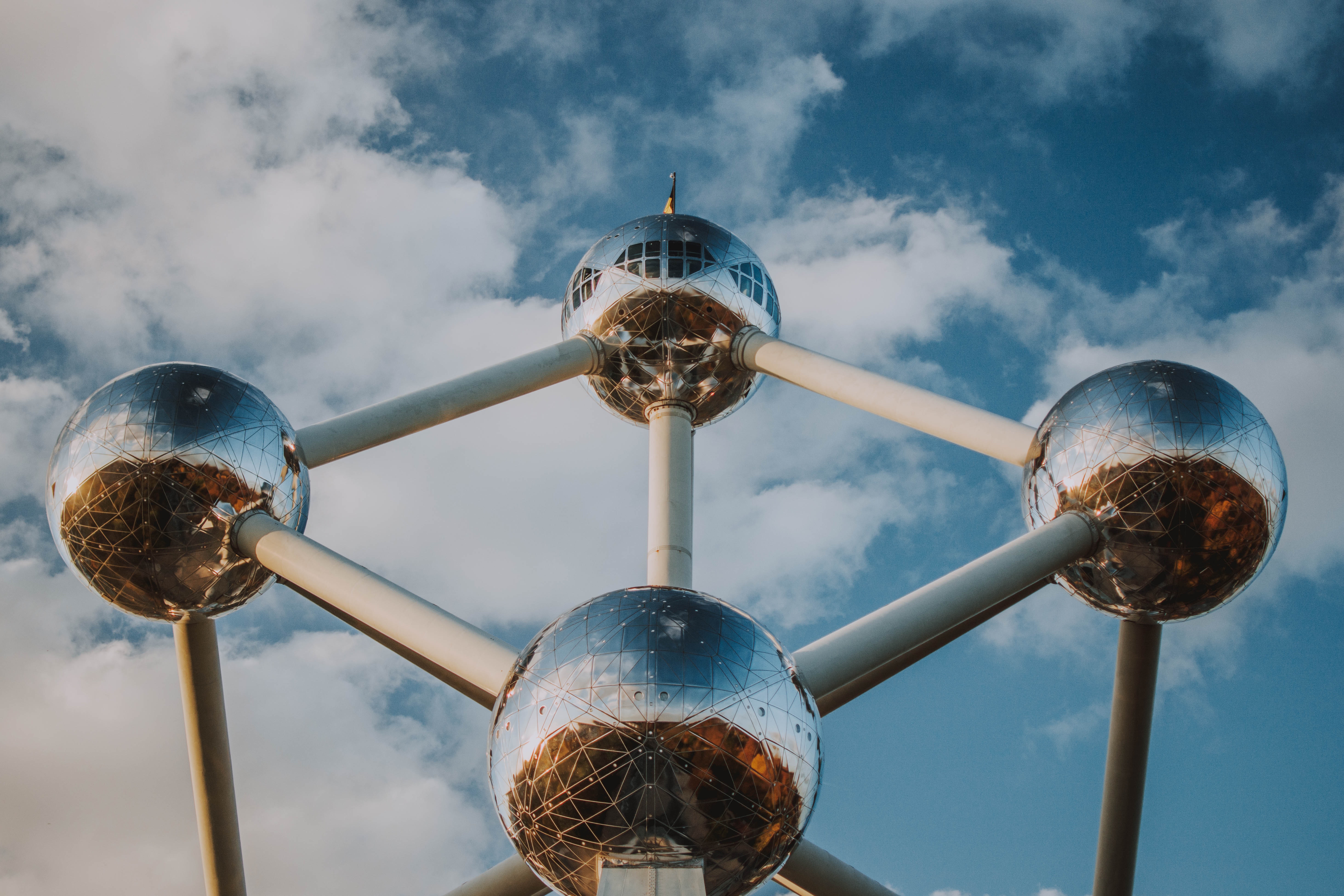 Belgium holds the record for longest period without a government. You can find this and some other interesting facts in our article today where we put our focus on Belgium– another country included in our list of cloud storage locations.

Antwerp is the diamond capital of the world

Yes, the second city of Belgium often gets overlooked in importance when compared to Brussels, but the city not only boasts a rich history of art and culture but is in fact, the diamond capital of the world.

Antwerp has been a major focus of the diamond trade since the 15th century, and today, 84% of the world’s rough diamonds pass through Antwerp to be polished and shaped before hitting the stores.

New York City was founded by a Belgian

Belgium is often characterised as a voyeur, a side-kick to the main protagonists of the past. But did you know that one of the most important cities in the world was founded by a Belgian?

New York, New York! Yes, the big apple was founded by Belgian, Peter Minuit in 1626. Minuit was appointed an explorer for the Dutch West India Company and went to the Americas in search of tradable goods.

Once arriving in the Americas, Minuit was introduced to the local native tribes of the Hudson River area and began interacting with them about the purchasing of the land of Manhattan – today one of New York’s most expensive areas. He purchased the island for the price of 60 guilders – roughly $1,500 in today’s standards.

Belgium holds the record for longest period without a government

541 days. That’s how long it took Belgian politicians to form an official government after the federal elections of June 13, 2010. It earned Belgium a Guinness World Record for going the longest time with no government, smashing the previous record held by Iraq which went government-free for 289 days in 2010.

You would think that a country would fall apart in the absence of a central government. Just look at how Americans start panicking when their government shuts down. But not the Belgians who managed just fine with the help of a caretaker government, a well-oiled bureaucracy, and a naughty sense of humour even as their politicians spent a year and a half bickering away.

The moon: the furthest humanity has gone in the pursuit of knowledge and exploration. The large white dunes and sweeping craters lend itself as a vast tundra that has the occasional scattering of one of nearly 100 artefacts sent for the advancement of science. Despite the scientific nature of much of what’s there, the moon actually holds one piece of art: a small statue named “The Fallen Astronaut” by Belgian artists Paul Van Hoeydonck.

A small stylized figure meant to depict an astronaut in a spacesuit is on the moon along with a placard of names of astronauts and cosmonauts who have died in the advancement of space exploration. The statute is meant to serve as a commemoration and was installed at a section of the moon named Hadley Rille on the 1st of August 1971 by spacecraft commander aboard the Apollo 15, David Scott, on his third spaceflight and first time on the moon.

Cricket, the classic sport of England, invented in Belgium?!

Church greens, summer days, long overs and a picnic to watch the game. A sport so quintessentially English that they’re the only Europeans to play it. But this classic game could all be thanks to the Belgians.

Recent studies have found an apparent reference to cricket in the 16th Century work of English poet John Skelton, which refers to Flemish weavers who settled in southern and eastern England. Described as “kings of crekettes” and mentioning “wickettes” too. It is thought these Flemish immigrants brought the game to England and would play it close to their flock of sheep, using their shepherd’s crooks as bats.

A Belgian King abdicated for 36 hours

Abortion has been and is still a huge deal across Europe and the World. Today, only one country of the European Union has completely banned it: Malta. In 1990, it was another story, as fewer countries had made it legal, such as Belgium.

As in many countries throughout the World, the Head of State must sign the bill before it becomes official. It is only a formality which usually does not raise any issues. But when presented with the bill, King Baudouin told the Prime minister, Wilfried Martens, that he did not want to sign the bill on account of his conscience. So on the 4th of April 1990, King Baudouin stepped down for 36 hours to allow the bill on abortion to enter into Belgian law.

Belgium was the second country in the world to decriminalise homosexuality

The gay rights movement has been campaigning for equal rights for gay people since the early 60’s. However, one of their most significant victories has only recently come about: same-sex marriage. Although the groups are still active and campaigning around the world, Belgium can look back on its history with a progressive glimmer, as it was the second country to allow gay marriage and one of the first to legalise homosexuality.

Although acceptable in antiquity, homosexuality was associated with sin in Christian Europe and was repressed throughout the era. After the age of enlightenment and the many revolutions across Europe, homosexuality became legal in some societies, like France, and this extended to Belgium as it were under French dominion; which allowed same-sex relations as early as 1795. This is in stark contrast to other European nations, as places like the UK only made homosexuality legal in 1967.

The mystery of the universe and how did it start is a question that has plagued humanity for centuries. In the past, humans sought to explain the phenomena with spirituality, and then later with material physics. But it took a Belgian priest by the name of Georges Lemaître to theorise an idea in which a lot of our current understanding of the origins of the universe works off today.

Much of Lemaître’s works were applying Albert Einstein‘s groundbreaking theory of general relativity to cosmology, and It was at Leuven University in 1927, that the work for the “Big Bang” theory would begin. He gained acclaim upon publishing a report which stipulated a new idea of an expanding universe, derived from General Relativity; it provided the first observational estimation of the Hubble constant.

In January 1933, Lemaître and Einstein travelled together to attend a series of seminars in California. After Lemaître detailed his theory, Einstein stood up, applauded, and is supposed to have said, “This is the most beautiful and satisfactory explanation of creation to which I have ever listened.”

Belgium has hosted some of history’s most famous exiles

Belgium has a reputation for being a suitable place for exiles. The country has recently hosted Carles Puigdemont – the former President of the Catalan government – since October without being imprisoned by the Belgian authorities. This move is merely part of a long history Belgium has for providing exile for intellectuals and artists over the decades.

Karl Marx was forced to migrate to the Belgian capital in 1845 after being expelled from both Germany and France because of the political ideology he was spreading. From Belgium, he wrote together with Friedrich Engels, his most famous book, the Communist Manifesto.

The author of Les Misérables, Victor Hugo also made Belgium his home. Hugo was not expelled from France, but as a defender of democracy, social justice and the abolition of the death penalty, he was a very serious opponent of Napoleon III. That’s why he escaped from France and came to Brussels in 1851, where he stayed seven months at Grand Place. He then returned to Brussels in 1861 to write Les Misérables.

Alexandre Dumas, the author of major works like The Count of Monte Cristo, was another famous author who lived in Brussels. Dumas moved to Brussels in 1851, the same year as his friend, Victor Hugo. Although he pretended he was forced to migrate for political reasons, the truth is he was facing prison in France because of debts, had no other option. Dumas lived in Boulevard de Waterloo for two years before reaching an agreement with his lenders and returning to Paris in 1853.

Probably the most influential man of the 20th century: Albert Einstein. Einstein, who was the mind behind major scientific discoveries, lived in Belgium on and off between 1902 and 1933. His last trip to Belgium was of the most significance. In 1933, Adolph Hitler was elected German Chancellor. While the Jews suffered from the first discriminatory measures, Albert Einstein, who was living in California, decided not to come back to Germany. He headed to Belgium, and stayed in Le Coq for six months with his wife, before going back to the USA indefinitely.