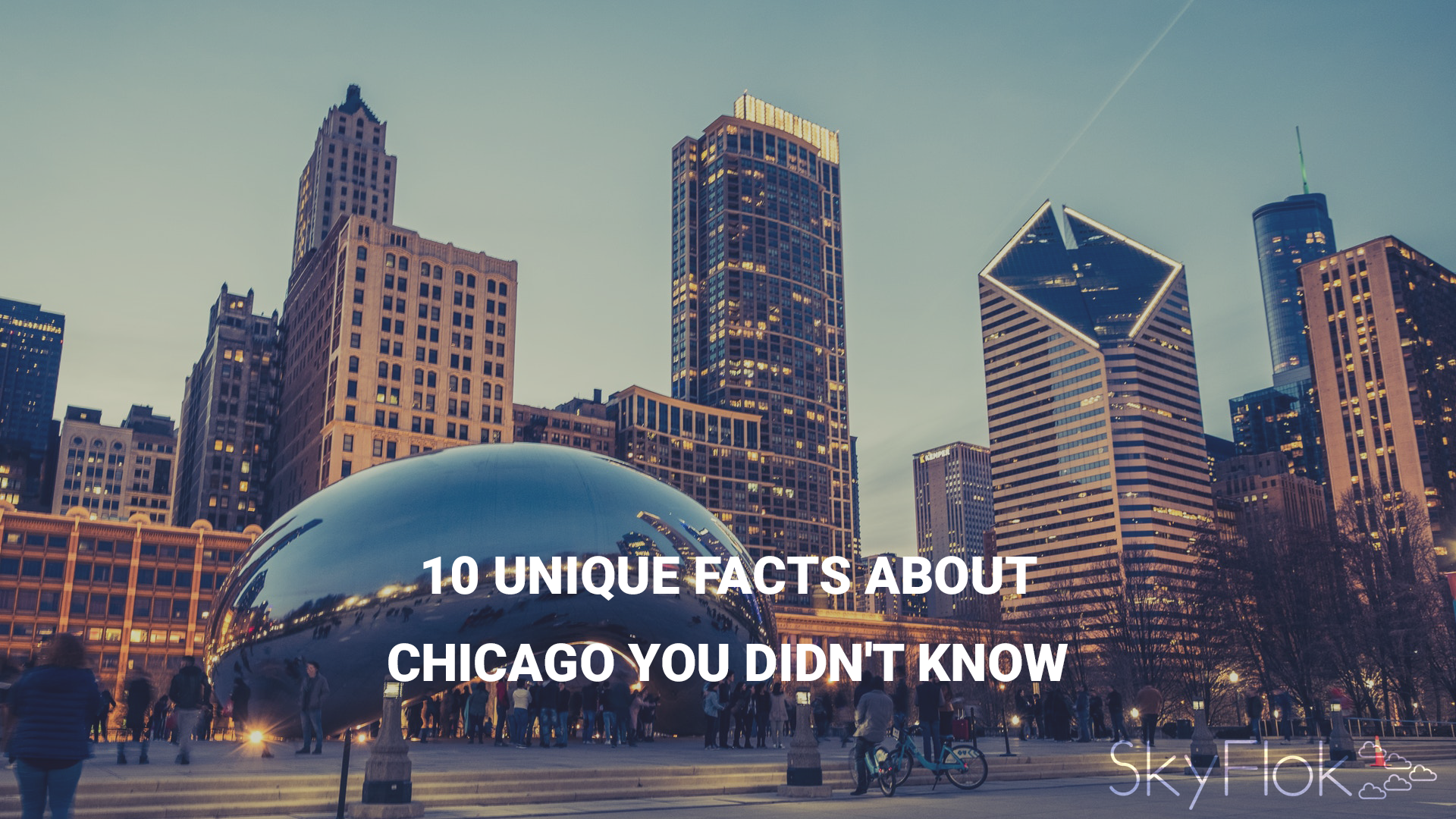 Did you know that Chicago is the first city to debut an all-color television station?

In today’s article we look into 10 unique facts about Chicago – another city included to our list of available Cloud storage locations for our customers.

Chicago is known for its many innovations. From natural history and architecture, to creative endeavors, this city’s residents are proud to call the Windy City their home. Read on to uncover Chicago’s lesser known side.

Four states can be seen from the Skydeck

This popular destination gets about one million visitors each year. Along with being a building to marvel at, Sears Tower is one of Chicago’s most popular attractions. It is the eighth-tallest building in the world and the second tallest building in North America / Western Hemisphere. Not only this, but on a clear day visitors can see four states from the Skydeck: Illinois, Indiana, Wisconsin and Michigan.

Spray paint was invented in Chicago

Most street artists design their impressive works using spray paint. Where did the idea of putting paint in a can with a spray tip come from? Chicago paint salesman, Ed Seymour, actually invented this artistic tool, which is now used to create colorful works in public spaces all overt the city.

Home of the Twinkie

Chicagoan Jimmy Dewar worked as a manager at the Hostess Brands factory. During that time, Dewar wanted to create a pastry that was filled with cream. His invention, the Twinkie, launched in 1930 and was named after an ad for ‘Twinkle Toe Shoes’ that Dewar came across. The original Twinkie was filled with banana cream, but during WWII bananas became scarce and vanilla cream replaced it.

On April 15th, 1956 color television launched and brought Chicagoans their favorite TV channels in color. After many months of hard work by the WMAQ-TV (NBC-TV) team, the channel became the first all-color station.

It has the only river that flows backwards

Flowing through downtown Chicago, the Chicago River has a fascinating history. Not only does this river run through various systems and canals, but it is also the only river in the world that flows backwards. A reversal technique was introduced for sanitation reasons to divert the sewage away from Lake Michigan’s water supply. The reversal of the river was recognized as being the largest public earth-moving project ever completed. It was also acknowledged as a great engineering achievement.

Next time you go to a blood bank to donate, remember to thank Dr. Bernard Fantus for introducing this important and helpful concept at the Cook County Hospital in Chicago. In 1937, Chicago became the first city to established a blood bank in the United States. Blood banks allowed doctors to store and examine donated blood – an important and lifesaving development for medicine. Hospitals around the States opened their own blood banks soon after.

This next innovation made a difference for voters by letting them witness important political matters from the comfort of their own home. The presidential candidates’ debate between John Fitzgerald Kennedy and Richard Milhous Nixon was the first to be broadcasted on television from Chicago’s CBS channel on September 26, 1960. This political breakthrough made it easier for citizens to feel updated and included.

Daniel Hale Williams was one of the first black physicians in the city. By 1883 he graduated with a degree in medicine from Northwestern University. Alongside this noteworthy accomplishment, in 1893 he performed the nation’s first open heart surgery in Chicago at Provident Hospital. The surgery was done on a man who was stabbed close to the heart, and thanks to Dr. Williams’ operation he was able to fully recover in two months.

Last, but not least, Chicago loves to provide a taste of its excellent food and summer atmosphere. Visitors gather from all around the world to indulge in Chicago style flavors. The city is known for being a home to one of the biggest outdoor food festivals – The Taste of Chicago. This impressive event attracts more than one million visitors annually.