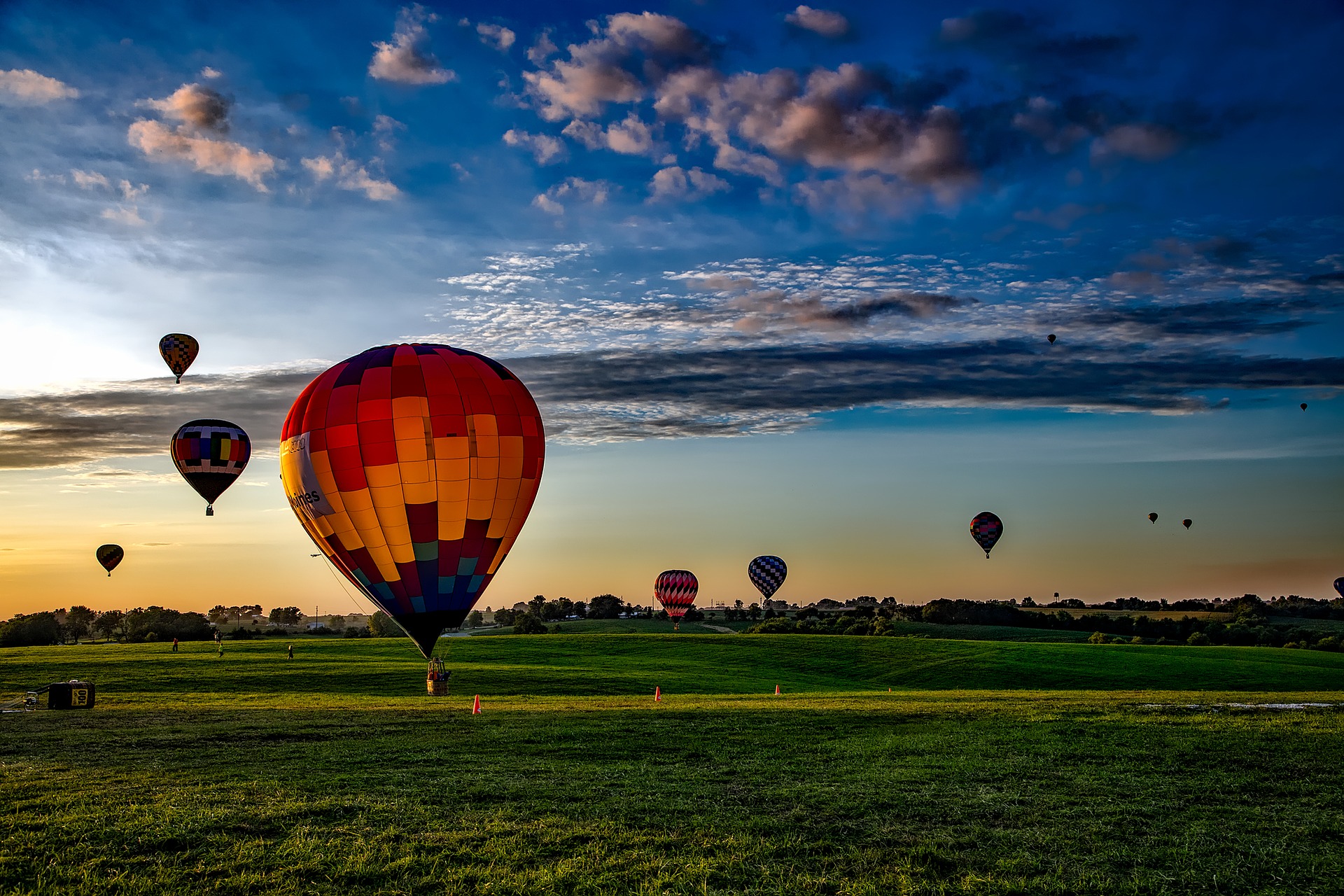 Did you know that Iowa State is home to the first electronic digital computer? In today’s article we look into 15 fun facts about Iowa where SkyFlok has 2 secure cloud locations available to our customers.

The total population of Iowa, also known as the Hawkeye State, is upwards of 3 million as of last year, with over 60 percent of people living in urban densities. Much of Iowa’s economy and landscape is dominated by agricultural, and the state’s primary export is corn products. The state’s capital, Des Moines, is also the largest city within the state with a metropolitan population of over 200,000. The state’s flower is the Wild Rose, which can be found throughout the meadows, open woodlands and prairie remnants throughout the state, where the Iowa state bird, the Eastern Goldfinch, also resides.

2. Iowa is the future birthplace of Captain Kirk

The small town of Riverside in Eastern Iowa, is home to the future birthplace of the legendary Star Trek Commander, Captain James T. Kirk. While Captain Kirk isn’t supposed to be introduced to our planet until the year 2228, residents and visitors to Riverside can celebrate his future birthday by visiting the memorial to his name, spending some time in the Star Trek Voyage Home Museum or by participating in the annual Trek Fest that takes over the streets of Riverside every summer in June.

3. Iowa is birthplace of many important public figures

Besides fictional and future celebrities, Iowa is also the birthplace of many past and current people and figures who have impacted the larger public. The list is too long to name them all, but all throughout the state are memorials to Iowa natives who have changed the world, including the John Wayne Birthplace and Museum, the Herbert Hoover Presidential Library and Museum and the Norman Borlaug Heritage Foundation.

4. Cornell College Campus is listed on the National Register of Historic Places

Located in Mount Vernon, Cornell College is a 1,000-student establishment that boasts many accolades for their educational proficiencies, and is one of two colleges in the nation to have their entire campus on the National Register for Historic Places. While they do have some updated facilities found around campus, many of their buildings date back to the college’s beginnings in the 19th century, making for a very scenic campus to study at.

5. Sabula is Iowa’s only island town

It’s hard to believe that a landlocked state such as Iowa has any Island towns, but stuck on a sandbar in the middle of the Mississippi is Sabula, Iowa’s only island town. This unique town in Iowa is only a step away from Illinois, and with every property in Sabula being close to the river, the activities most common in this small town include fishing, boating and riding bikes along the paved trails that travel the shore.

6. Iowa is the largest corn producing state in the country

With it’s extremely rich, fertile topsoil, the state of Iowa produces more corn than any other state in the country. In 2015, Iowa produced 2.5 million bushels of the total 13.6 million bushels harvested in the United States. Much of this corn is not grown for direct human consumption (i.e. sweet corn), but instead is harvested mainly to be used as animal feed or in the production of ethanol.

7. Iowa is the only state bordered by two paralleling major rivers

The Mississippi on the eastern border and the Missouri on the west, these two major river systems, which both run north to south, factor in for Iowa to be the only state bordered by two paralleling major rivers systems. These rivers were instrumental to the settlement of Iowa and continue today to be one of Iowa’s largest economic, recreational and defining features.

8. Iowa is home to one the world’s most crooked street

In close comparison to something you might see out in San Francisco, Iowa has one of the world’s most crooked streets located in Burlington. Snake Alley is a cobblestone creation made to mimic vineyard paths in France and Germany, this steep street veers left and right up Heritage Hill, connecting the downtown area with a shopping plaza, and gives visitors a good photographic moment and a bit of exercise.

9. Sliced bread was invented in Iowa

What was the best thing before sliced bread? Thanks to Iowa native Otto Frederick Rohwedder and his Bread-Slicing Machine, you don’t have to worry about it. Made in his hometown of Davenport, Rohwedder’s sliced bread first hit the shelves in Missouri, but it was in Iowa where he perfected and eventually popularized his machine, and perhaps unknowingly helped start a popular catchphrase.

10. The butterfly swim stroke was developed at the University of Iowa

As head coach for the University of Iowa Swim Team for over 30 years, coach Dave Armbruster has a lot of accolades underneath his belt. But perhaps his most notable achievement is the development and implementation of the Butterfly Swim Stroke as the fourth accepted swim stroke in National and International Competition. So the next time you are doing your dolphin kick, be sure to think about Iowa while you do it.

11. Iowa State is home to the first electronic digital computer

The creation of the modern-day computer was not an overnight process, and way back at the beginning when computing power was just a hypothesis, one Iowa State professor and one graduate student played a pivotal role in developing the computer to what is today. The professor, John Vincent Atanasoff, and the student, Clifford Berry, created the first electronic digital computer, which weighed over 750 pounds, and whose innovations can still be seen in the computers of today.

12. Every year thousands of people bike across the state

If your first impression of the state of Iowa is that it is flat, just ask the opinion of one of the thousands of Iowans who bike across the entire state each year, west to east, as part of the RAGBRAI Celebration. An acronym for the Register’s Annual Great Race Across Iowa, this seven-day bike ride isn’t so much a race, but a moving celebration of Iowa’s small towns and community culture.

13. The western town of Preparation has an interesting Mormon history

Preparation State Park is not only a great place to hike and camp in the beautiful Loess Hills of Western Iowa, the 350 plus acres that comprise the park has an interesting history. First settled by a Mormon leader who broke off the wagon train heading to Utah, the town of Preparation was created and the rich farmland was utilized. After only a few years, corruption was accused against the town leaders, and eventually the community fell apart, giving way to a beautiful State Park over 100 years later.

14. Iowa is home to the ice cream capital of the world

Le Mars, Iowa, has a rich history of civility and culture, once being noted in the 19th century as one of the most well-known cities in the United States, and today it still claims rank as the “Ice Cream Capital of the World.” This accolade is much in thanks to Wells Enterprise Inc., which creates the most ice cream novelties in the world, and operates the Blue Bunny Ice Cream Parlor right in their hometown.

15. Iowa City is a UNESCO City of Literature

Thanks to the University of Iowa and the surrounding community, including the best Writer’s Workshop in the nation, Iowa City is the only UNESCO City of Literature in the United States. This prestigious title solidifies Iowa City as one of the most resourceful and rewarding places to dive into the world of literature in the nation, and just through the staggering amount of authors and works that have come through this college town, it is easy to see why Iowa City has received this designation.