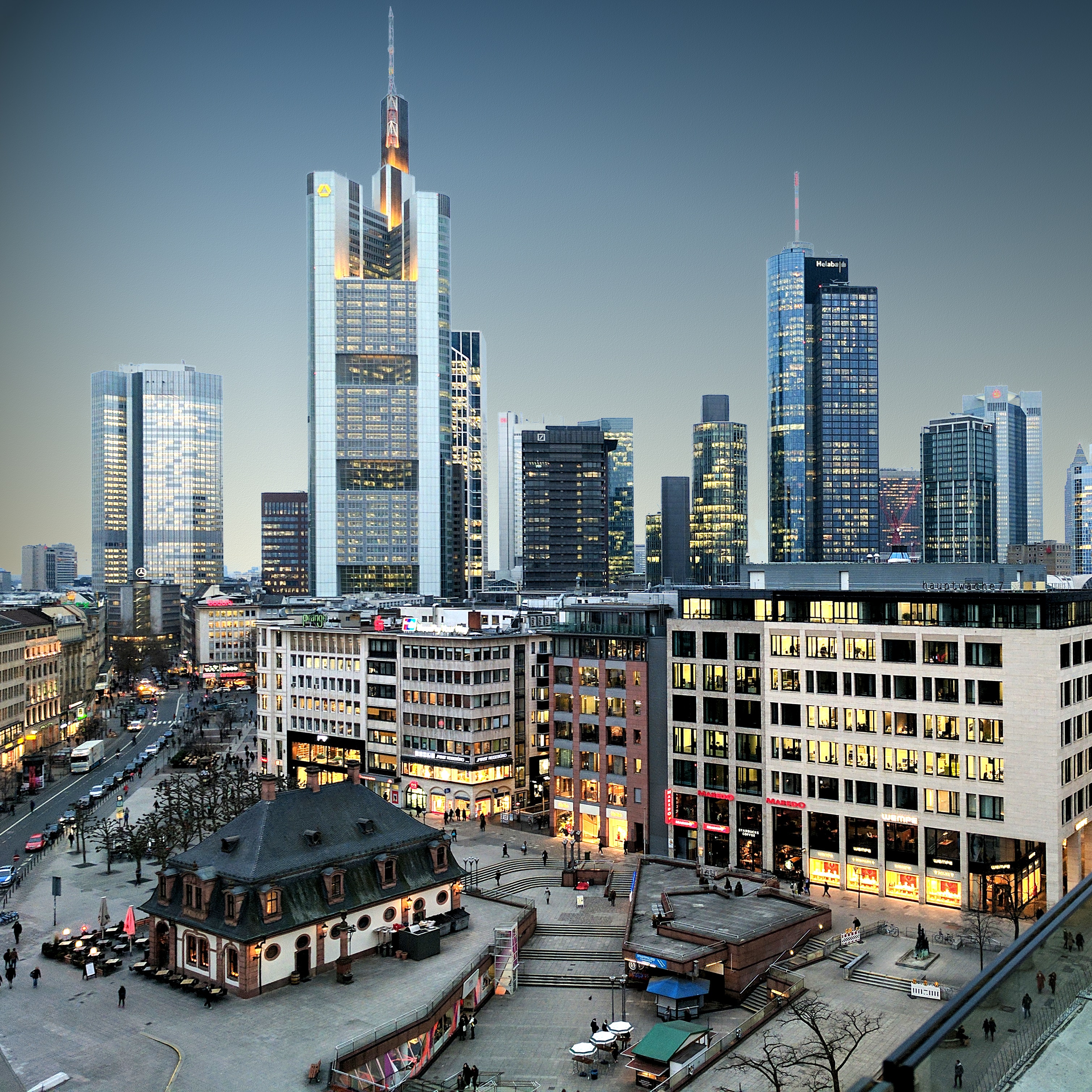 Following our series of articles on SkyFlok available Cloud locations, today we focus on another city: Frankfurt. We have 2 secure cloud locations in Frankfurt available to our customers.

As Germany’s financial capital and home to one of the largest airports in Europe, Frankfurt is no stranger to international attention. So here are some curious facts about a city with a rich past and a luxurious present.

In 1861 Phillipp Reis was the first person to invent the ‘make and break telephone’, where sound is converted into electrical signals and back again. It is a common misconception that Alexander Graham Bell or Thomas Edison came up with the idea, but Reis’ work predates theirs and in fact, Bell went to see the Reis telephone, before beginning his own work.

One of the first sentences he managed to transmit was “Das Pferd frisst keinen Gurkensalat” (literally the horse doesn’t eat cucumber salad) because the phrase is notoriously difficult to understand and Reis sought to prove that his invention worked clearly. Unfortunately, his telephone never worked perfectly but was later completed by Bell.

2. Throughout the Holy Roman Empire, new kings were elected here

The Holy Roman Empire began in the early Middle Ages and continued until the early 1800s, occupying modern-day Germany, Austria, Switzerland, Belgium and the Netherlands for ten centuries. In 1356, Frankfurt was chosen as the permanent site for the election of emperors and then kings of the Empire. This continued for 400 years, ending with the coronation of the last Holy Roman Emperor, Habsburg Franz II, in 1792. From 1564 kings were also crowned there.

Frankfurt am Main may be one of the most densely populated cities in Germany, but it also has the largest inner-city forest in the country. The Stadtwald, meaning “city forest”, is part of Frankfurt’s green belt and with 3,866 hectares, of its 5,785 hectare total area, within city limits, it is one of the biggest urban forests in the world.

The city’s name comes from Emperor Charlemagne, who referred to the settlement as “Franconovud”, or “Ford of the Franks”, in 794 when he built himself a royal council there. Before Charlemagne, settlements had apparently already existed in the area for hundreds of years, as the Romans built a town there along the nearby Roman Road.

5. 14 out of the 15 tallest skyscrapers in Germany stand in Frankfurt

Every single one of the top 15 tallest skyscrapers in Germany, aside from the Post Tower in Bonn, is in Frankfurt. The tallest of these is the Commerzbank tower which stands at 260 metres tall, which is the equivalent of the height of 52 giraffes. The tower was built in 1997 and is to this day one of the tallest office buildings in Europe.

6. The Opera House used to be considered Germany’s Most Beautiful Ruin

After being almost completely burned down in 1944 by WWII bombs, the Alte Oper lay in ruin for decades. The house was not demolished, however, as it was referred to as “Deutschlands schönste Ruine” or “Germany’s most beautiful ruin”. Its beloved status meant that when an initiative to restore the building began, more than 11 million marks were raised to finance the renovation, which was completed in 1980.

7. Over 1 in 4 Frankfurters are foreign

Perhaps due to Frankfurt’s thriving financial trade, thousands of foreigners move to the city every year. According to figures from Macrh, 28.8 percent of Frankfurt residents don’t have a German passport, meaning that over a quarter of the city’s 730,000 inhabitants is foreign.

8. During WWII, animals escaped the Zoo and wandered the streets

During WWII, almost all the male employees of the zoo were conscripted, including the director Dr Steinbacher. The zoo’s animals had to remain in their enclosures throughout the war, but staff sheltered in a small bunker under the pond so they could take care of the animals immediately after any bombing. In 1944, 27 bombs destroyed almost all the zoo buildings, which allowed the animals to escape and wander the streets. The escaped animals including some lions, who sadly had to be killed to protect the public from harm.

9. Goethe was born there

The giant of German literature was born in Frankfurt in 1749 and spent his early life there, returning many times throughout his lifetime. Although he spent his final days in Weimar, many of his greatest works were written in Frankfurt, including perhaps his most popular novel, ‘The sorrows of young Werther‘, written in 1774.

Europe’s fourth-biggest airport (and Germany’s biggest) has a baggage system equivalent to the length of one and a half marathons. It also employs over 75,000 staff, and annually receives more than 60 million passengers, handles over 460,000 flights and, transports more than 2 million tonnes of cargo.