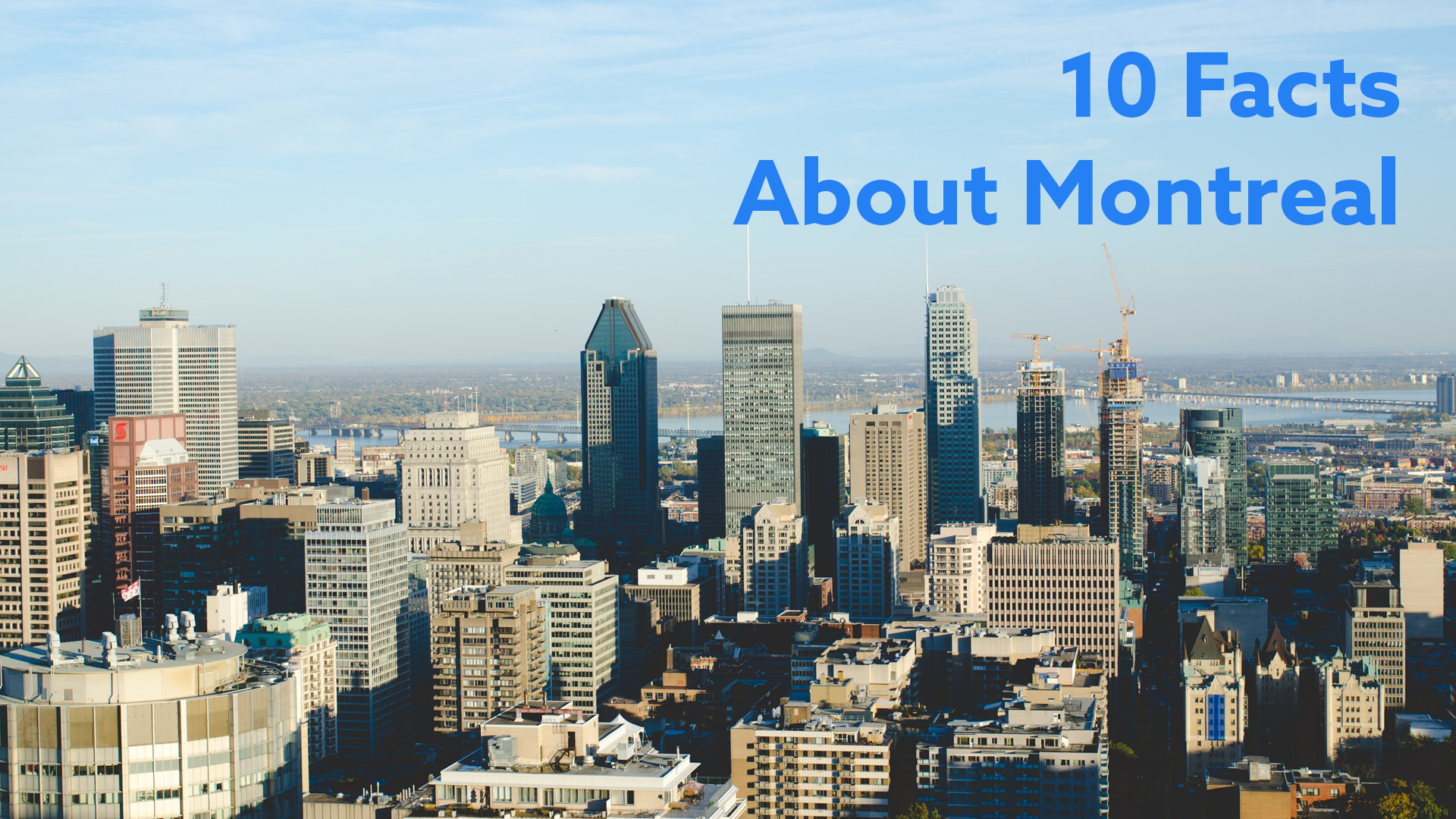 Apart from being the second largest French speaking city in the world after Paris, Montreal has a lot to offer to its visitors and citizens. The city is brimming with culture and festivals, amazing food and lots of outdoor activities. Montreal ranks second among North American cities for the number of university students per capita and has a large pool of skilled graduates that organizations can draw from to meet their hiring needs.

To get to know the city better, we are going to take a look at 10 interesting facts about Montreal:

1. Montreal is the second largest French speaking city in the world, after Paris. However, most Montrealers – especially in downtown – are bilingual. Many more speak a third language. In downtown stores, shoppers are greeted with a confident BonjourHi, a term which is becoming more and more popular, indicating bilingualism.

2. Montreal has the highest number of restaurants per Capita in Canada and the second in North America after New York. Montreal’s restaurant scene is very cosmopolitan with menus from literally around the world, with an often added French touch.

3. Montreal is the first North American city to have been designated UNESCO City of Design by the Global Alliance for Cultural Diversity in 2006. With this honor, Montreal’s effort and enthusiasm as well as the city’s potential for economic and social development in the field of design is recognized.

4. Montreal is build around Mont Royal, from where the city received its name. Mont Royal Park, located on the mountain, was designed by Frederick Law Olmsted, the same person who designed New York City’s Central Park. No building in Montreal can be taller than the famous Cross found on Mont Royal!

5. Montreal has an Underground City, which is a series of interconnected tunnels beneath the city that run for over 32km. The tunnels connect shopping malls, over 2000 stores, 7 metro stations,universities, banks, offices, museums, restaurants and so on. Unlike what is commonly believed, Montrealers use the underground tunnels mostly in the heat of the Summer rather than to escape the cold in Winter!

7. Montreal has the second largest Amusement Park in Canada. It is the largest in the province of Quebec with its 146 acres and is located on the eastern tip of St. Helen’s Island. It offers 10 rollercoasters, one of which is the 40 meters high, The Monster. It is the world record holder for highest double-tracked rollercoaster in the world. Every year, the park welcomes over 3 million visitors.

8. Every year, Montreal hosts more than 18,000 foreign students from more than 150 countries and in 2013 it has been ranked the number 1 destination for tertiary studies. There are 11 university level institutions in Montreal, including the 4 world-class universities: Mc Gill University, Concordia University, University of Montreal and UQAM. Montreal has the cheapest Tuition in Canada.

9. Did you know that John Lennon’s song Give Peace a Chance was written in Montreal during his ‘bed-in’ at the Queen Elizabeth Hotel on June 1st 1969? This hotel has welcome many famous guests including Queen Elisabeth II, Fidel Castro, Charles de Gaulle, Princess Grace of Monaco, Indira Gandhi, Nelson Mandela, Dalai Lama and John Travolta. However, the hotel gained its international recognition when John Lennon, who had been refused entry in the USA, conducted his bed-in in Room 1742 and wrote Give Peace a Chance there. This song would later become an anthem of the American anti-war movement.

10. More than 85% of the world’s maple syrup comes from Quebec and items such as maple cookies, maple butter, maple candy, maple marinades among others are Montreal’s specialties. In the Spring, during what is called Temps des Sucres (sugaring-off time), people flock to traditional sugar shacks around Montreal to enjoy these treats.