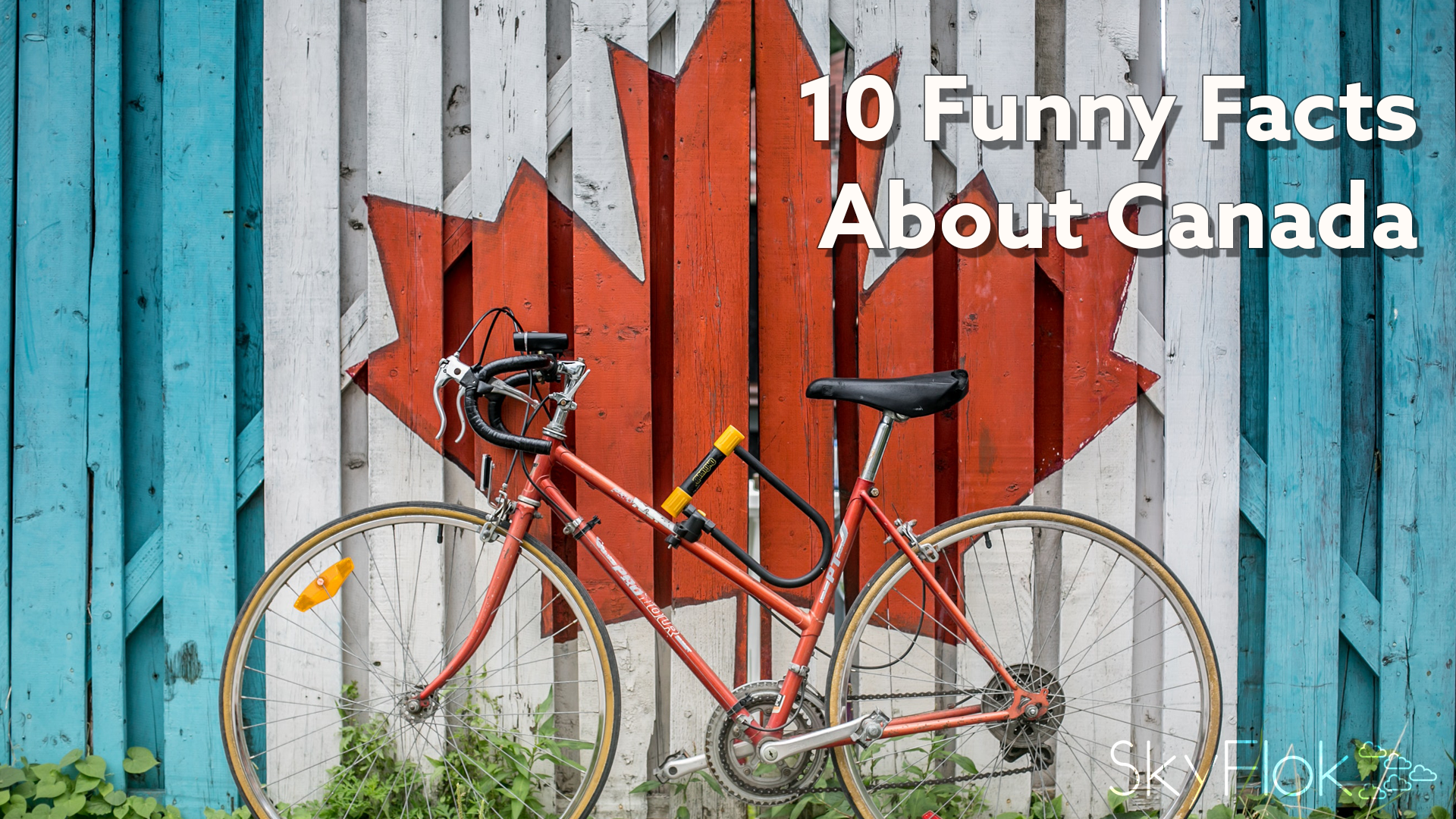 Fridays are our day of reflection, where we look into interesting facts about the countries/cities where SkyFlok has available Cloud storage locations for our customers.

Today our focus is on 10 funny facts about Canada, where SkyFIok currently offers 4 Secure Cloud storage locations. We will add more locations in the near future for our customers’ convenience and security.

1. The Stanley Cup has its own bodyguard, but that doesn’t mean Canadian hockey champions haven’t put all kinds of different foods and drinks in it (everything from chocolate milk to popcorn and cereal!).

2. British Columbian pioneers made use of the oolichan, also called candlefish, at nighttime. The small fish is so fatty that it can be dried, strung on a wick and burned like a candle!

3. Canada’s name comes from a misunderstanding between Jacques Cartier and some Iroquois youth who were pointing out a village (for which they used the word “Kanata”). They were actually trying to identify the small area which is present day Quebec City, but Cartier used the similar-sounding word “Canada” to refer to the whole area. Oops!

4. The Narcisse Snake Dens in Manitoba have more snakes in a concentrated area than anywhere else in the world. Tens of thousands of red-sided garter snakes gather there every year. On the other hand, there are no snakes on the island of Newfoundland.

6. Canada’s official languages may be French and English, but our geese have their own language: scientists believe that Canada geese have as many as 13 different calls for everything from greetings and warnings to happiness.

7. If you visit Dawson City, Yukon, you can join the “Sourtoe Cocktail Club” — all you have to do is finish a drink (of anything!) with a real human toe in the bottom. The club’s motto says, “You can drink it fast, you can drink it slow—but the lips have gotta touch the toe.”

8. In 1962, Pincher Creek, Alberta experienced the fastest, biggest temperature change ever recorded in Canada as a result of a Chinook (a warm, dry wind that comes off the Rocky Mountains). The temperature rose from -19C to 22C in just one hour!

9. Between 1984 and 2008, it was illegal to sell pop in cans in PEI. All carbonated drinks had to be purchased in refillable glass bottles. PEI was the only place in North America to have a “can ban.”